So far 11 have been arrested, including the prime accused, who owns a godown in Narkeldanga area where meat of dead animals is stored. 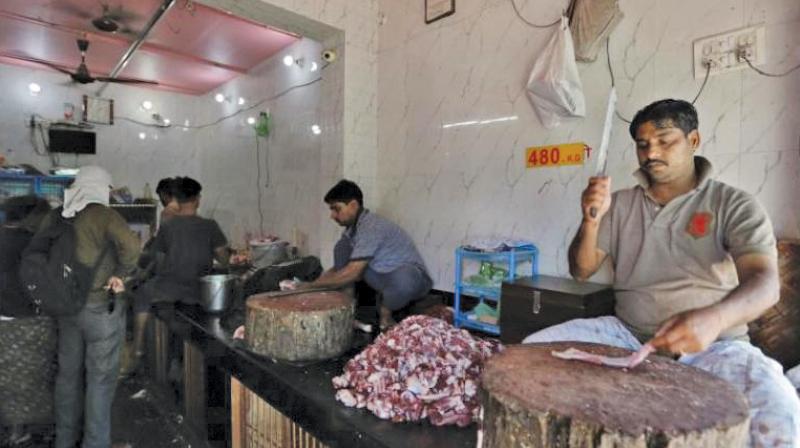 Last week, the government had seized 20 tonnes of rotten meat, suspected of dead animals and sourced from dumping grounds, meant to be supplied to eateries and departmental stores in the state as well as neighbouring Jharkhand, Odisha and Bihar. (Photo: Representational)

Kolkata: The kingpin of the meat racket involved in procuring dead animals from dumping grounds and processing their flesh before supplying to markets was arrested from Garia in South 24 Parganas district by the SIT, the police said on Thursday.

So far 11 persons have been arrested, including a leader of a political outfit, in connection with the case.

Biswanath alias Bishu is the prime accused and the owner of the godown in Narkeldanga area in the city where the meat of dead animals was stored, he said.

"Bishu was involved in collecting the meat and then processing it. He was then supplying them to different restaurants and markets," Rao said.

It is also being examined whether any influential person was helping him in carrying out the "business".

"We are also looking for how many years he was running this business and who all are helping him in getting orders," another SIT official, involved in the investigation, said.

Last week, the government had seized 20 tonnes of rotten meat, suspected of dead animals and sourced from dumping grounds, meant to be supplied to eateries and departmental stores in the state as well as neighbouring Jharkhand, Odisha and Bihar.

The state consumer affairs department is also preparing a detailed report on the matter.

The West Bengal government has directed all police stations in the metropolis and the districts to keep a watch on the sale of meat in their areas, officials said.