Another BJP worker's body found hanging from pole in WB

BJP alleged that the ruling-Trinamool Congress was behind the death of its party worker in Purulia. 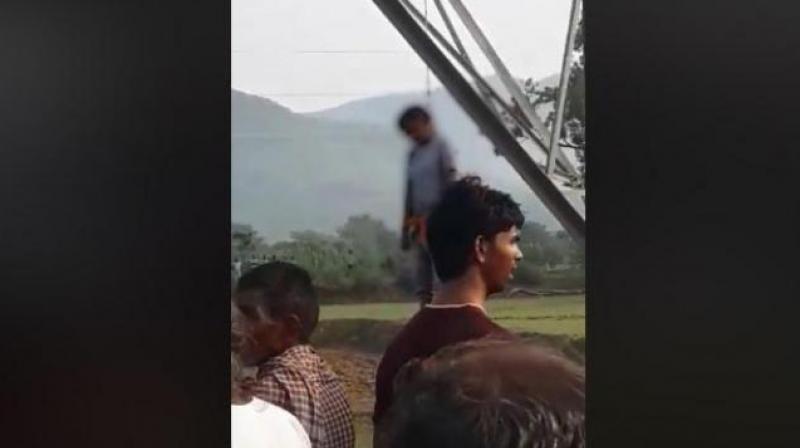 Kolkata: The body of a BJP worker was found hanging from an electric pole in the Purulia district of West Bengal.

32-year-old Dulal Kumar, who went missing on Friday, was found hanging by a pole in Dabha village of Purulia's Balarampur.

BJP alleged that the ruling-Trinamool Congress was behind the incident.

West Bengal Police said the investigation of Dulal's murder has been handed over to Crime Investigation Department (CID).

Taking to Twitter, BJP National General Secretary Kailash Vijayvargiya said that Dulal's murder is quite similar to the lines with that of Trilochan Mahato, a BJP activist.

According to Vijayvargiya, ADG Law and Order had told him that the police is trying to do its best in protecting Dulal and even he will be ensuring his safety.

Trinamool Congress leader and nephew of West Bengal Bengal Chief Minister Mamata Banerjee is camping in Purulia where the second of such an incident took place in less than a week’s time.

Dulal death comes in the wake of the alleged murder of a 18-year-old BJP worker Trilochan Mahato on Wednesday.

Trilochan Mahato was found hanging from a tree near his home in Purulia district.

An unsigned handwritten note in Bengali found near the body stated that he was "punished for working for the BJP" during the recent rural polls in the state.

"Because you are involved with the BJP even when you are only 18 years, it has claimed your life. I have been searching for you since the panchayat elections and now you are dead," the note mentioned.

Incidentally, both the workers of BJP were found hanging in the same Purulia district.

Hundreds of workers and leaders of the West Bengal BJP on Friday held protests and demonstrations against the killing of Trilochan. Protests were also held outside several police stations by the party workers, who accused the state administration of failing to maintain law and order.

State BJP president Dilip Ghosh had accused the Trinamool Congress of trying to obliterate the political opposition from the state. Ghosh, however, claimed that his party is capable of giving a befitting reply to the ruling party's violence.