Mr Singh emphasised on the need for the security forces to remain more vigilant to deal with smuggling of counterfeit currency and narcotics. 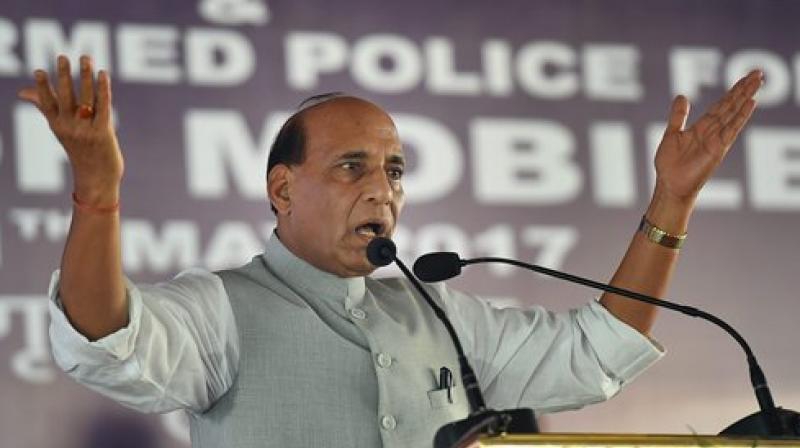 New Delhi: Surgical strikes carried out by Indian security forces in September last year on terror launch pads across the Line of Control in Pakistan had an impact on infiltration of militants, which witnessed a considerable drop following the armed operation. This was disclosed by home minister Rajnath Singh on Monday at BSF’s investiture ceremony.

Congratulating both BSF and Army for securing the country’s borders and the sharp decline in infiltration, Mr Singh emphasised on the need for the security forces to remain more vigilant to deal with smuggling of counterfeit currency and narcotics.

The home minister cautioned the security forces on the misuse of social media like Whatsapp and Facebook by subversive elements in spreading rumours and mobilising crowds.

This trend was particularly witnessed during the recent unrest in the Kashmir Valley. Thus, the home minister said, it was extremely important that all officers and personnel working security forces should be careful in putting out any information on the social media unless it was authentic.