Singh also said that the army will give a befitting reply to Pakistan. 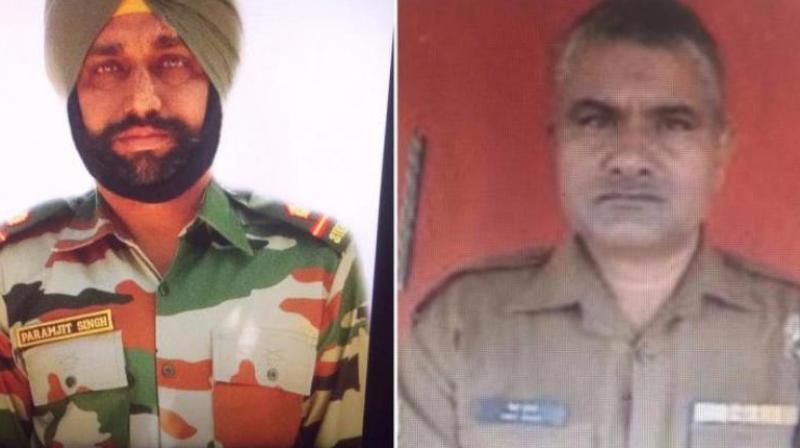 Hitting out at the neighbouring country for "creating havoc in Kashmir by engineering terror attacks", he said his government was very serious about such attacks by Pakistan, wherein "militants are being sent to Kashmir to attack and kill people."
"We condemn the killing and mutilating the bodies of two Indian soldiers in the Border Action Team (BAT) attack by Pakistani army on a patrol party along LOC in Poonch district. Pakistan is a terrorist nation and is known for such cowardly acts," he told reporters here.

"They [Pakistan] are doing everything in their power to create havoc in Kashmir by engineering terror attacks. They are trying to engineer BAT attacks and ceasefire violations along the border.

"The government is very serious over Pakistan's attack and directly sending militants into Kashmir to attack and kill people. This is a very big conspiracy against India wherein terrorists and separatists are active," he said. Singh said the army will give a befitting reply to Pakistan.

All Party Migrant coordination Committee (APMCC) Chairman Vinood Pandita also condemned the attack and mutilation of the bodies of Indian jawans and demanded a befitting reply to the neighbouring nation.

Under the cover of heavy mortar fire, the Pakistani special forces team sneaked 250 metres across the Line of Control (LoC) into the Poonch sector and beheaded two Indian security personnel today, officials said.