An Army contingent gave a guard of honour and a gun salute to the former president. 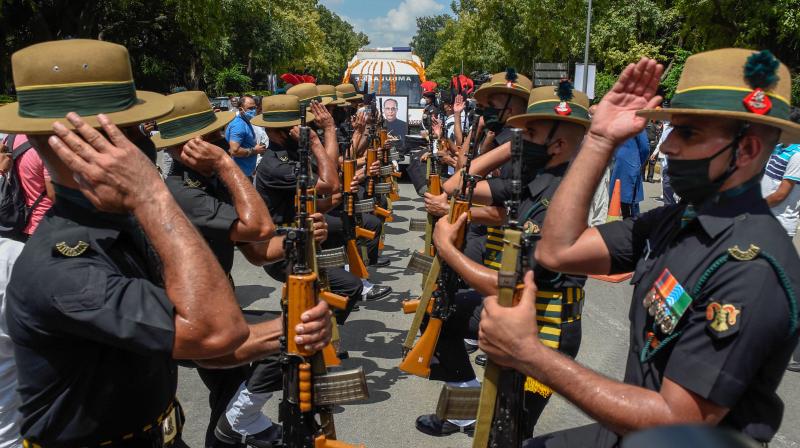 Army personnel pay salute as mortal remains of former president Pranab Mukherjee being taken to Lodhi Road crematorium from his residence for the final rites, in New Delhi, Tuesday. (PTI)

An Army contingent gave a guard of honour and a gun salute to the former president.

The mortal remains of Mukherjee were earlier brought to the crematorium in a flower-bedecked vehicle. His body was clad in the tricolour.

Mukherjee (84) died on Monday evening at the Army's Research and Referral Hospital in Delhi cantonment following a 21-day battle with multiple ailments.

He was admitted to the hospital on August 10 and was operated the same day for removal of a clot in the brain. He had also tested positive for COVID-19 at the time of his admission. The former president later developed a lung infection.