Congress accused the Modi government of boasting about their three years in office against such backdrop. 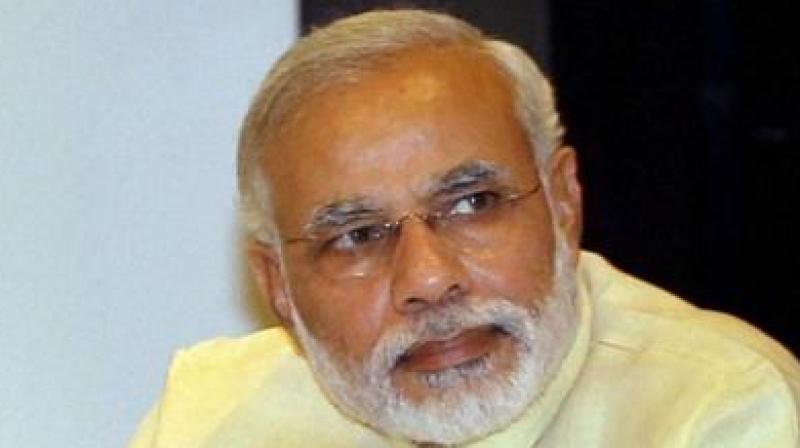 The Congress leader stated that the national security is in danger and the internal security too is under threat under the Modi rule. (Photo: PTI)

Panaji: Taking a swipe at Narendra Modi government on its third anniversary, the Congress on Thursday said the situation at the country's borders is ‘alarming’ as 172 terror attacks have taken place in the last three years and scores of soldiers and civilians have lost their lives.

Stating that the national security is in danger and the internal security too is under threat, the Congress accused the Modi government of boasting about their three years in office against such backdrop.

"There are incidents such as Dinanagar, Udhampur, Pathankot, Srinagar, Pampore, Akhnoor and the list is long.

However, the government does not seems to be looking into its failure, but is busy tom-tomming their three-year rule," he said.

According to Deshmukh, a total of 203 jawans martyred in Jammu and Kashmir alone, whereas Pakistan is indulged in ceasefire violations on 1,343 occasions in J&K.

He said the demand of armed forces for defence capital budget has been drastically reduced by over Rs 8,000 crore.

"Because of our international polices, jawans are humiliated and martyred," the Congress leader said.