As per sources, the Indian Army was responding to unprovoked ceasefire violations by the Pakistan Army. 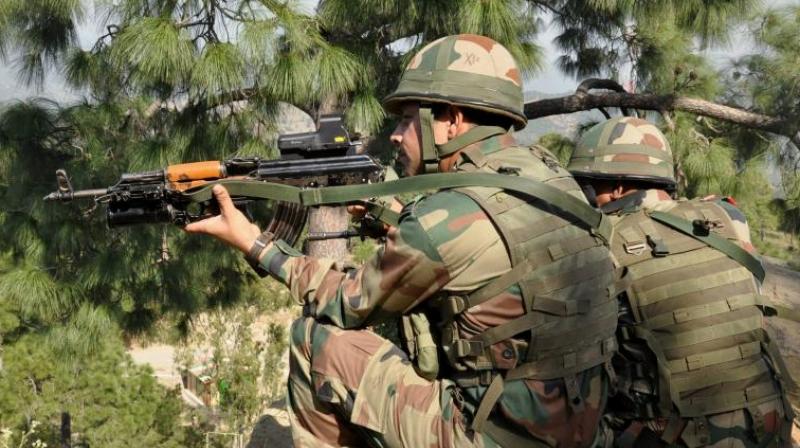 Srinagar: At least five Pakistani soldiers were killed and six others injured in retaliatory firing by Indian Army in the Bhimber and Battal sector of Jammu and Kashmir on Thursday.

As per sources, the Indian Army was responding to unprovoked ceasefire violations by the Pakistan Army.

Earlier in the day, the Pakistani Army initiated indiscriminate firing of small arms, automatics, 82 mm and 120 mm mortars along the Line of Control (LoC) in Jammu and Kashmir's Naushera and Krishna Ghati sectors, to which the Indian Army posts retaliated strongly.

Meanwhile, the Pakistan foreign office on Thursday summoned the Indian Deputy High Commissioner over the ceasefire violation on the LoC.