A reduction of 10,129 cases has been recorded in the active COVID-19 caseload in a span of 24 hours 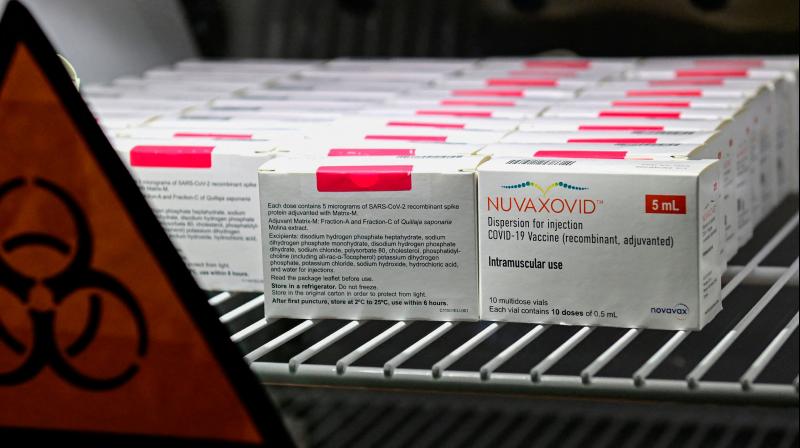 Nuvaxovid vaccines against the Covid-19 coronavirus are seen in a refrigerator at the CIZ Tegel vaccination center in Berlin. (Photo: AFP)

New Delhi: India saw a single-day rise of 6,915 coronavirus infections, taking the country's total tally of cases to 4,29,31,045, while active cases fell below the one-lakh mark after 60 days, according to Union Health Ministry data updated on Tuesday.

The active cases have declined to 92,472, now comprising 0.22 per cent of the total infections, while the country's COVID-19 recovery rate has further improved to 98.59 per cent, the health ministry said.

A reduction of 10,129 cases has been recorded in the active COVID-19 caseload in a span of 24 hours.

The number of people who have recuperated from the disease surged to 4,23,24,550, while the case fatality rate was recorded at 1.20 per cent, the data showed.

The cumulative anti-Covid doses administered in the country so far exceeded 177.70 crore.