Modi must take up ‘regressive’ H1-B rule with Trump: Congress

Congress leader Anand Sharma said both students and IT professionals will be hurt by the proposed measure. 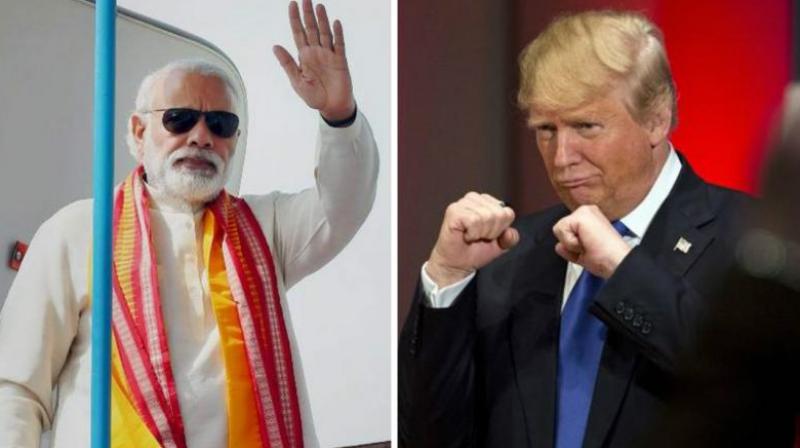 New Delhi: Congress on Wednesday termed as "regressive" the proposed executive order of the US administration that seeks to double minimum wages of H-1B visa holders, and asked Prime Minister Narendra Modi to take up the matter with President Donald Trump to help protect India's interests.

Congress leader Anand Sharma said both students and IT professionals will be hurt by the proposed measure which he dubbed as an "unfair practice" by the United States.

"This is a regressive measure. It is an unfair practice which the US must not resort to. Because Indian IT professionals and skilled workers have built the US economy," he told PTI.

Sharma said if the US had enough skilled professionals, there was no need for others to be employed there.

He said these were the apprehensions which they had expressed and asked the Prime Minister to seek credible assurances that there will be no targeting of the Indian IT professionals and no discriminatory visa regime will be put in place.

"The worst fears have come true. The Prime Minister should clarify whether when he spoke with President Trump, did he raise this issue and did he seek any assurances? What kind of a partnership we will build further," he said, asking the government to take it up with the new US President.

Sharma said that one can term the expectations of the Modi government from Donald Trump as "misplaced and premature euphoria".

"You have to be hard-nosed and realistic in the conduct of diplomacy and in upholding India's national interests. It is the duty of the Prime Minister and this government to protect and safeguard India's interests and seek those guarantees," he said.

The Congress leader said by proposing more than double the monthly salary of IT professionals, that will make it economically unviable for the IT companies and this is one way to throw them out.

Besides, the students will also be affected as the OTP (optional practical training) which they undertake after their graduation will be curtailed.

The apprehensions come in the wake of a US legislation that proposes doubling of the minimum wages of H-1B visa holders to USD 130,000.