Entertainment   Music  31 Mar 2017  She is bridging the world with music
Entertainment, Music

She is bridging the world with music

Artist-vocalist-composer Suman Sridhar, in the city to perform, opens up about working on multiple projects that include music and films. 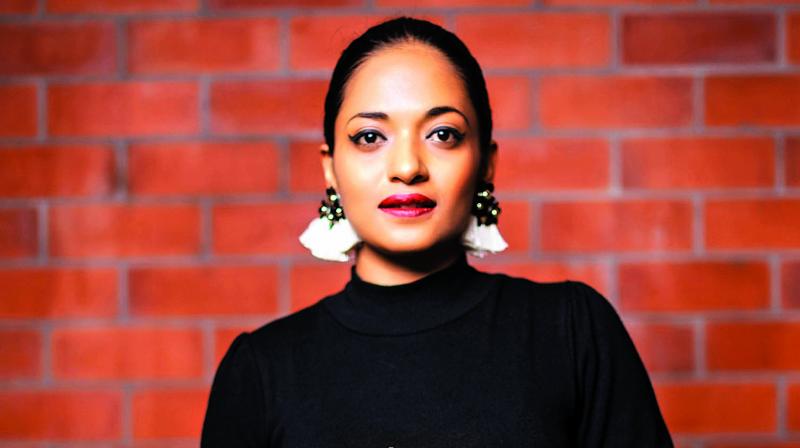 This Mumbai-based singer works across music, performance arts, theatre, film and poetry. Suman Sridhar, who bridges the worlds of Indian and western classical, jazz, soul, hip-hop and afrobeat, will be performing in the city on March 31 at Goethe-Institut Auditorium. Ahead of her concert, she talks to us about her music, collaborations and more.

Known for her contemporary style and rhythmic voice, she has sung for a couple of Hindi films including Bombay Velvet. A multi-tasker, Suman was awarded the Google-INK Trailblazer’s Grant 2014 towards developing a multimedia opera integrating Tamil folk music. She says, “We are in the process of pre-production and research. I have made a few trips to Tamil Nadu and done some workshops with the elderly women practitioners of the folk music form I am looking at. The multimedia performance is an experiment in form, and will incorporate video, dance, theatre, poetry and music.”

For the concert to be held in Chennai, Suman will be accompanied by local musicians and is presenting a special set featuring original compositions off her forthcoming album The Black Mamba —“The album integrates hip-hop, afrobeat, western classical and Carnatic music. My lyrics are a response to the degradation of the human race. This album prophesies through performance of all things black. Black is represented as unborn potential, as the colour of skin, as the unknown,” starts the versatile artiste.

Suman is known for her collaboration with poet Jeet Thayil as the outfit Sridhar/Thayil. The duo have released a studio album, staged an opera and toured all over. An artiste who has worked across various mediums, Suman doesn’t see a demarcation between the arts. “If you look at the folk and traditional art forms, they always integrate sound, text and visuals. Growing up, I engaged in all the arts in equal measure with equal enthusiasm. The country has been very receptive to my work, whether it is independent or label supported,” she asserts.

We ask her opinion about the music scene in Chennai, and she replies, “I think some of the most rhythmic and trance-inducing music emerges from Chennai, which gives music the place of high art as no other place. The city has created an identity of the musician as artist beyond entertainer, even within the commercial film industry. That is quite unique.”

Though her grandparents are from Tamil Nadu and Kerala, Suman was raised in Mumbai by musician parents. “My mother is a trained Carnatic and Hindustani classical vocalist and my father, a self-taught tabala and harmonium player. I had a very culturally vibrant upbringing — with music, Bharatanatyam, visual art and theatre. We moved to the US when I was 14, where I was exposed to hip-hop, jazz and reggae. As you can see, my formative years were filled with varied and disparate influences — my music is a reflection of that, and I am delighted to present this unique blend to Chennai audiences,” she says.

Her feature film debut release Ajeeb Aashiq /Strange Love, directed by Natasha Mendonca, was premiered at the 45th International Film Festival Rotterdam in 2016. “I play the roles of co-producer, lead actor, singer and music director in the film. The film has been screened at various international film festivals,” sums up the singer.