He travelled around and he played his boogie woogie driven blues music almost anywhere in the world. 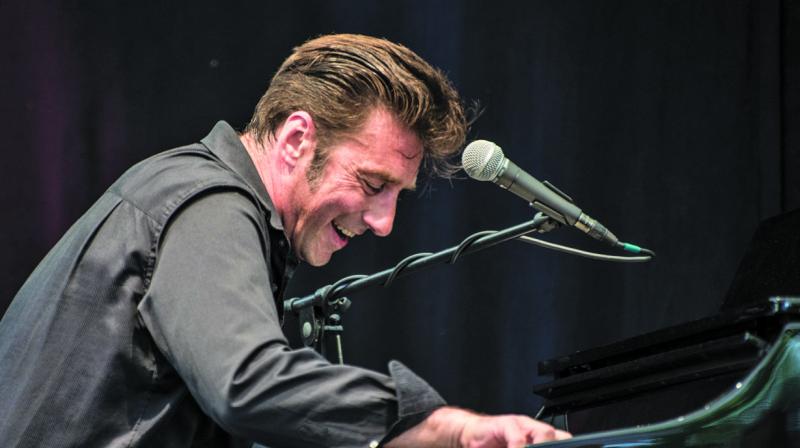 Nico Brina lives and breathes the piano. The much sought-after blues and rock ‘n’ roll pianists and singers in Europe was also awarded the title of the fastest boogie woogie player by the Guinness Book of World Records, in 1996. Growing up with rock ‘n’ roll, Nico discovered blues a little later. It is the fusion of these two musical styles that represents his chosen musical direction. “No boogie without blues” is the pianist’s motto. He travelled around and he played his boogie woogie driven blues music almost anywhere in the world.

We chat about his musical favourites:

If you had to put together a soundtrack for your life, three songs that best describe your life would be:
Born To Be A Boogieman, because that’s just my way; Love and Rock ’n’ Roll; Happy Ol Boy, because that’s what I am; Who Cares, Just Boogie, since that’s my philosophy; and Blue Suede Shoes, which happens to be the best rock’ n roll song ever!

A song you love to listen to when you’re:
Happy and upbeat: Blue Suede Shoes by Elvis Presley.
Really low: Hotel California by the Eagles.
Working out: All blues and old-time jazz music.

You would describe your taste in music as:
Boogie woogie power, rock’n’roll show and blues feeling – I prefer a mix of those three kinds of music.

Your favourite time or way to listen to music:
In my car – I really love to hear music on the road!

One band or musician that you would like to perform a private concert for you:
All my big favourites are gone, but I would invite Ed Sheeran, because my girlfriend and my daughter would be very happy about that!

One live act you would love to see at least once in your life:
I’ve had the big luck to see Ray Charles, B.B. King, Joe Crocker, Jerry Lee Lewis, Chuck Berry and even AC/DC. Although I’ve yet to see Little Richard.