At times, watching it is an upsetting, discomfiting experience, but also a necessary act of recognition for the people involved. 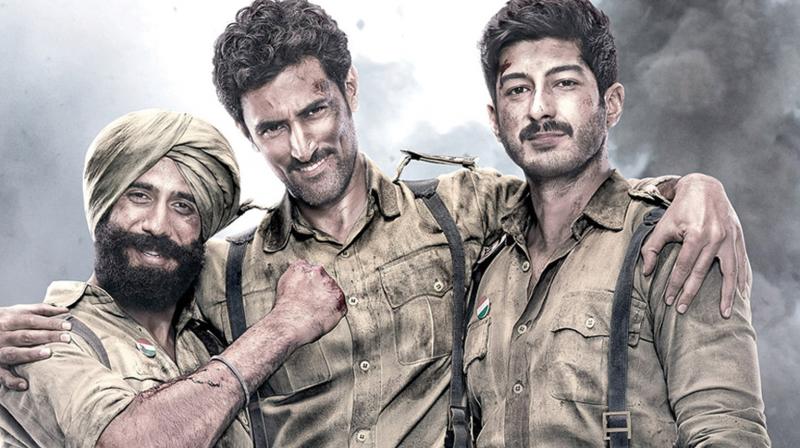 Does an anti-government stand make one anti-national? Is being disapproving of the regime’s atrocities amount to treason? These and many such acutely critical questions sound familiar to us today, more because many of the issues remain as entrenched in the social fabric as they did many decades ago, and echo in the current political scenario of our country.

Tigmanshu Dhulia’s Raag Desh is a period film based on the historic 1945 trials of the Indian National Army. By dramatising the true, traumatic events surrounding the war led by Netaji Subhas Chandra Bose to liberate India from the British rule that was fought on the shores of the Irrawaddy, Burma, it underscores essential truths: the collective can bear the burden of pain with greater will than the individual.

The film’s perspective is relevant because all along, perhaps, particularly in school history textbooks, most of us have studied what many of us would call a somewhat predisposed to a particular group of great men and women bias, and therefore, a prejudiced view of the freedom struggle. Not many films in the past have attempted to interweave multiple stories that took place during the freedom movement and portrayed what happened from different angles.

At one point, Dhulia does try and give us a sense of who Bose was really. It’s a jarring turn in the film that instead of sprawling tries to give us a sense of everything that was happening in and around Bose, but sadly, also dilutes the drama by doing so.

In its premise, this could have a real masterpiece had it not attempted to remain a correct film that stays within its limits without ever forgetting the weight of what is being narrated. To be fair, it largely avoids the temptation to fall into the cliché. But what I was looking forward to experiencing was the distinctive substance Dhulia is capable of displaying, the kind he did in Haasil and Paan Singh Tomar. That is missing!

Raag Desh tries to bring to life that epic trial which paved the way for India’s freedom. The joint court martial of Indian National Army officers Col. Prem Sahgal (Mohit Marwah), Col. Gurbaksh Singh Dhillon (Amit Sadh), Maj. Shah Nawaz Khan (Kunal Kapoor) is a result of the British government calling soldiers of the INA “renegades and Japanese stooges”, and is known in history as the “Red Fort trials of 1945”. Understandably, with Bose’s story at its helm, there is a only passing mention to Mahatama Gandhi whose political ideology never matched that of Bose’s.

Marwah, Sadh and Kapoor play the lead roles competently, as the film persists on flashbacks determining the good guys versus villainous “others” narrative and gets undermined by the occasional undercurrent of jingoism. But then, it does spring to dramatic life when you realise that it seemed a good choice considering what is going on in this country — and what’s coming.

The national movement events themselves had been wrenching, and Dhulia, who has proven adept at making potent drama from real life, does not give us anything more than we already know. A lot of its limitations also fail because of rudimentary production values, and thus, it’s not an emotional journey that tugs our heartstrings.

At times, watching it is an upsetting, discomfiting experience, but also a necessary act of recognition for the people involved and their irrevocable lives. What is also a take away is the sense of disbelief, doubt, suspicion and mistrust that one may have while delving deep into Bose and his vision.

Not many among today’s GenNext may know that the INA was not only secular but also tolerant, fair and unbiased, and yes, even had young girls (Laxmi who later married fellow soldier Sahgal) in its cadre. It also recalls how ordinary young men and women fearlessly took on the might of the colonial masters, and were even successful to a large extent.