The bard never ceases to excite us, and remains the fountainhead for many storytellers, particularly on celluloid. 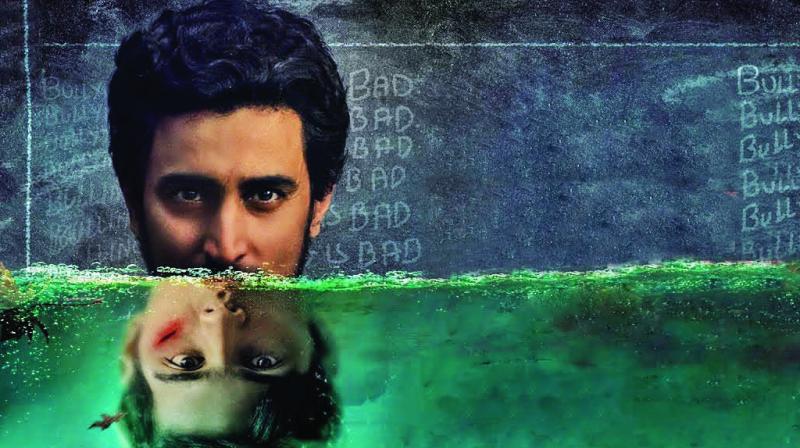 Shay, who is unsure of himself, is more determined to play the lead in the play when his mother (Soni Razdan) promises to be present to watch him perform.
Rating:

The bard never ceases to excite us, and remains the fountainhead for many storytellers, particularly on celluloid. The play The Merchant of Venice, written in the 16th century, though adapted only once in a Hindi version way back in the early 1940s has somehow missed our filmmakers’ fancy for inspiration. It comes as a bit of a surprise thus, to see one of Shakespeare’s best known romantic comedies on screen this week. Noblemen, directed by debutant Vandana Kataria, is not a faithful screen adaptation — it is an oblique variation of a play in which the chief villain moneylender Shylock was a Jew, and therefore, the play was also dubbed anti-Semitic by many critics. In its new avatar, though superbly acted, it is also a somewhat complex, unclear and roundabout interpretation of adolescence with the muddled and often tangled state of early years that nearly all teenagers experience as the basis.

Despite its minor failings, it is the backdrop and the authentic feel to the characters in the film that set it apart — a 15-year-old boy, Shay (Ali Haji), is a single child of his parents who is also struggling with his pubescent years in a posh co-ed boarding school in Mussoorie named Noble Valley High. Since boys outnumber girls, the issues tackled are also the more volatile years of these teens, and bullying by the stronger or the more assertive and self-assured boys, remains the core problem for many hesitant and indecisive youths. Shay too, is not spared by supposedly the more masculine housemates Arjun (Mohammed Ali Mir) and Baadal (Shaan Grover), whose love for sports outbalances Shay’s penchant for theatre. As children of rich and influential parents, they are seen as a debauched bunch of wicked plotters who smuggle into their rooms anything they desire: cigarettes, booze, drugs — you name it. Obviously, Shay and his friends on the campus Pia (Muskkaan Jaferi), daughter of one of the teachers, and Ganesh or Ganzu (Hardik Thakkar) face victimisation of the worst kind, and things take an evil turn when Shay is selected by Drama teacher Murli (Kunal Kapoor) to play the lead role of Bassanio in a play to be performed on the school’s Founders Day. Baadal, who is the son of a Bollywood hero, cannot let go of this opportunity, and wants the coveted role at any cost. He and his trusted friend Arjun, the prime bully and the athletic sports captain, become the key conspirators in hatching a plot to teach Shay his worst lesson.

Shay, who is unsure of himself, is more determined to play the lead in the play when his mother (Soni Razdan) promises to be present to watch him perform. Shay is also trying hard to deal with his sexuality and his orientation. When Murali lends a sympathetic hand to help Shay get out of turbulence that is partly self-inflicted and partially the effect of brutal domination and control, Shay misunderstands the concern extended to him, and even kisses Murli on the lips on the spur of the moment. Immediately after he realises his folly and feels humiliated, and begins to bear a grudge against Murli that soon turns into a desire for retaliation. His queer leanings seem more accidental and he vociferously says it aloud too, “I am not gay,” but his other acts of delicacy and susceptibility are (mis)construed as not normal. In his confused state of mind, Shay displays what Noblemen stands for: The rugged and sinewy versus the weak and the cowardly, frailty versus torment, moral dilemma versus humiliation, and compassion versus apathy.

Many of us, some of whom haven’t been to a boarding school, identify with Shay’s predicament as innumerable stories of bullying abound, in some of which, the battle lines are drawn clearly as the camaraderie between likeminded ruffians unites them and proves to be of absolute dominance over the sense of deep rooted understanding and bonhomie among the delicate, thoughtful and the sympathetic.

As a moral backdrop for its twisted tale, Noblemen pays a nuanced homage to who we all have always known as the merciless usurer — Shylock. Here, he is more of a tragic hero. Being the target for being a pagan, a pejorative and derogatory term, he was disliked and derided by Christians. While other characters like Antonio and his best friend Bassanio along with his love interest Portia can be identified, I am not sure if many among the Indian devotees of Shakespeare and other English literature enthusiasts would detect the comparison and recognise their favourite characters.

In many ways, it is a film that justifiably bends The Merchant of Venice to suit its creative freedom, but sucks viewers into a vortex of despair. The issue of homophobia and homosexuality is all pervasive and who better than the boarders in an all-boys’ school who experience it all would know. At one point, Shay tells his female friend, “You wouldn’t know. You are not a boy,” indicating what young shavers sometimes go through is often misconstrued and seldom addressed by seniors. While the authorities (teachers, the principal) are seen putting their heads together to comprehend the complexities of the growing menace, any visible solution doesn’t seem to be an easy way out. Arjun, who seems to revel in the role of the committer of misconduct all along, is not the representative of lethal machismo he is seen displaying — the undercurrents of his exaggerated sexuality are not merely suggestive but allusive to homoerotic feelings. When his father takes a complaint made by his principal too seriously, threatening to discontinue sending him his school fee, Arjun’s aggression leads to raping Shay inhumanly.

Till the time one watches in horror and disgust alternately, the malicious occurrences inside the campus, Noblemen seems like an eye opener to many, and cautions some of us about the pitfall that may rear its ugly head at times. The composite whole that has at the helm many explosive intricacies of several wrongs begins to unfold all at the same time in this 110-minute film. But this tale of revenge and retribution unlocks a more complicated web than the one we have read in the original work, and soon the film becomes distinctively personal — both for Shay, and perhaps, as the director’s own analysis and elucidation too.

Vandana Kataria’s directorial debut is most impressive although her version of the ageless romantic comedy and its lead character, predominantly of Shylock, may be a far cry from the stereotypical image of what the play represented. Shay’s revenge (or Shylock’s vengeance) that follows is not the payback that one would bargain for in the end. You may or may not agree with her choice of her climax, but you cannot take away her deep empathetic and perceptive insight that goes into each character’s psyche and agony, which is certainly rare, and the team of writers Sonia Bahl, Sunil Drego and Vandana Kataria deserve to be applauded.

Among the cast, it’s the newcomers who shine the most. All the actors, Ali Haji, Mohammad Ali Mir, Hardik Thakkar, Shaan Grover, Ivan Rodrigues and Muskaan Jaaferi simply live their roles. It is the veterans Kunal Kapoor and M.K. Raina who seem to be grappling with their roles. While Raina is a great old-timer on stage, his English accent doesn’t quite befit the inflection demanded of a principal of an ace school. Kapoor too, in most scenes, looks the typical Bollywood actor that he has always been.

Will look forward to watching Kataria’s next!