Danny Denzongpa seems perfectly as Bioscopewala, so is Adil Hussain and Thapa in their respective roles. 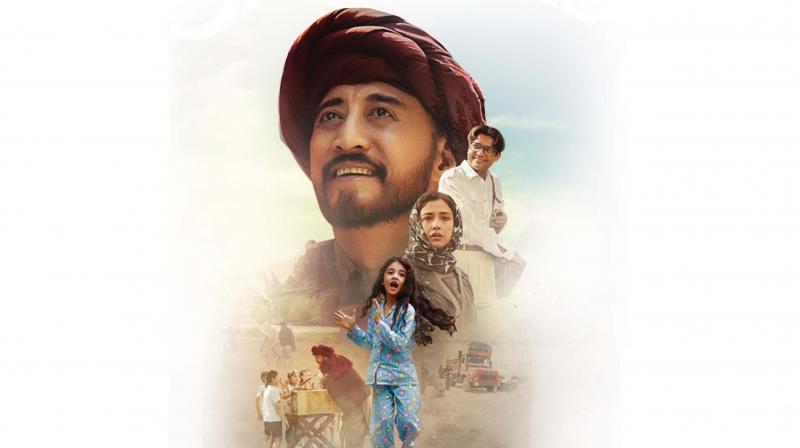 A still from 'Bioscopewala'.
Rating:

How many of us in this generation, have, either read, or seen the film adaptation of the iconic story by Rabindranath Tagore, Kabuliwala? Not too many, I could say with confidence. The tall, well-built Pathan in the story has many references in the stories that feature in the Calcutta of the early 19th century. Supposedly, a great hit with children who loved him for his bag full of dry fruits, he earned the nickname of Kabuliwala.

Director Deb Medhekar, who makes his directorial debut with Bioscopewala, probably realises the gap that exists between many young film buffs and the rich treasure trove of some of the greatest stories, and gives us a restructured and modernised version of the story that may be inspired by the bard’s story, but has its own definite track. In fact, it takes off from where the original story leaves us.

Bioscopewala takes forward the timeline of Kabuliwala of the 19th century to the trouble-torn world of 1980s during the Taliban regime in Afghanistan for the story to gain acceptance by a larger audience. He changes the profession of the central character of the migrant Rehmat Khan (Danny Denzongpa) from a dry fruit-seller to a man who goes around showing films to children through his bioscope. As he goes about showing slides to children, he comes in contact with Minnie, a five-year-old girl. He is reminded of his daughter he has left behind in Afghanistan and develops a special bond with Minnie. Not many aware that he has run away from his home in Kabul because of the fundamentalist Taliban, who set ablaze his cinema and forced him to flee. He pines for his home and it is special and unlikely friendship with Minnie is something that keeps him going in a foreign land. When the Bioscopewala accidentally kills a man, he is charged and is jailed for murder, and put behind bars for several years.

In the original story, when he is set free, he returns to Minnie’s home and discovers much to his delight that she is getting married that very day. As he expresses his desire to see her in her bridal attire, a reluctant Minnie comes briefly only to find a stranger in their midst, and leaves immediately. An inconsolably forlorn Afghan then mutters that if Minnie failed to recognise him, how his biological daughter he left behind in Kabul would react to his sudden appearance.

The film opens with a grown-up but shattered Minnie, a documentary filmmaker (Geetanjali Thapa), who is struggling to get her father Robi’s (Adil Hussain) body back after he passes away in a plane crash. Her father’s sudden departure for Kabul is a mystery she has not been able to fathom. Around the same time, a feeble, aged and somewhat slovenly looking old man has been picked up by their family loyalist help Bhola (Brajendra Kala) and brought home. Minnie fumes at first but soon in a dramatic turn of events her memories of the Bioscopewala are revived as she takes it upon herself to look for him. After getting to know him, she unravels the mystery behind her father’s sudden change of plan in his itinerary even as war rages in Afghanistan.

The poignant story is bound to resonate with not just all those who have read Tagore’s story, but will evoke the same tenderness for Kabuliwala, who almost epitomises longing, suffering, pain and separation.

In the modern version of the story a parallel of turbulent times has been created in the form of warn-ravaged Afghanistan, where Minnie goes to look for the Afghan’s daughter. Her determination to disentangle Rehmat’s life leads to her trying the best to trace his life that includes his close friends, rummaging through files from drawers, and meeting other Afghans based in Calcutta. She doesn’t find much, but is nevertheless, excited to link her father’s mission with that of her own: to help Rehmat!

There are some sepia-tinted images that instantly take us back to the bylanes of Calcutta as it sets the tone for essentially a tale that tells us about the missing links in our lives. There is the old-world charm of storytelling too that seems to be completely missing in our modern-day life of gadgets. Rehmat’s projector that displays kaleidoscopic images are a grim reminder of the lost times when our imagination would help us visualise multiple stories.

Medhekar cleverly and most admirably juxtaposes two timelines to suggest our sense of loss and heartbreaks remains the same. Though Kabuliwalas are longer visible, the helplessness of an outlaw who wants to unite with his family could still be an affliction at any age.

The new captivating story doesn’t go beyond the obvious, and doesn’t give us an insight into the Afghan, leaving us asking for more. While Kabuliwala (written in 1892) gave us enough reason to empathise with Tagore’s hero, Bioscopewala doesn’t allow us much insight into his unsettled disturbed and messy life. Even the core theme — that of Minnie’s relationship with the Afghan — is not much delved into; only a few glimpses suggest their eternal bonding. One gets a sense of incompleteness at the end of the 95-minute film that should have ideally explained the voids that are never filled. The tales of Tagore that are a part of every Bengali family folklore have far more depth and intensity, the reverberations of which linger on in their psyche forever.

Medhekar’s additions are enough to contemporise a tale that never dates; what he doesn’t add are moments that would have added another layer to Bioscopewala. Danny Denzongpa seems perfectly as Bioscopewala, so is Adil Hussain and Thapa in their respective roles.