Sadly, poor acting by the lead actress lets it sink to insufferable heights. 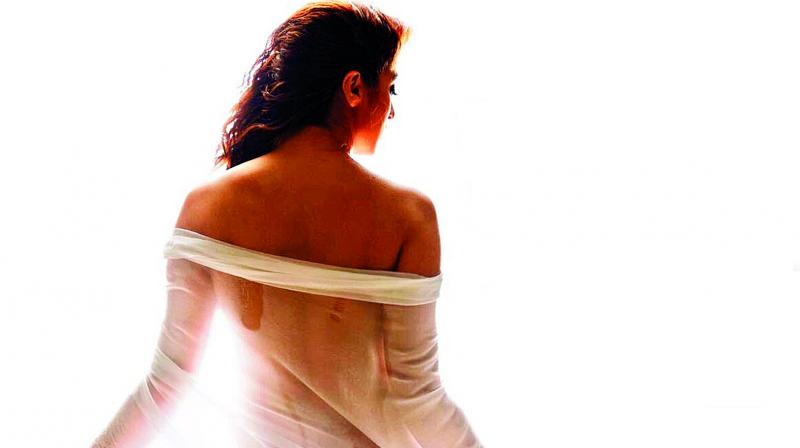 Julie 2 could have been a story of a simple girl who rises to be a big star.
Rating:

There are many facets to an actor’s life that one could look into and weave a compelling story. Since the job of an actor — male or female — is no ordinary one, what with pitfalls that he or she faces, and resultantly, either receives brickbats or accolades that come his or her way, an earnest probe into a celebrated film personality’s life would definitely be worth a dekko. But that only if there is a film. And a plot.  Julie 2 is neither, but becomes all the more interesting because it’s none other than our erstwhile sanskari former CBFC chief Pahlaj Nihalani as one of the producers. On being asked about the sleaze that the trailers seemed to suggest the film contains, his answer was dubiously non-committal. “It’s something the entire family can watch together,” he clarified.
It is not. I am afraid, the film let alone being qualified to watch with one’s family, is in reality, a dud that includes half-baked notions of stardom and ends up becoming a liberal dose of skin show and melodramatic saga pandering to all those who look for scandals associated with an actress’ life. Needless to add, it’s not meant for anyone!

Julie 2 could have been a story of a simple girl who rises to be a big star. One gets to know that her success is not without its dark side, and one instantly imagines, many dark secrets that celebrities like her tend to hide, and would rather die protecting. An ambitious girl who loves acting as an art and learns Kathak, Bharatanatyam, horse riding and all that it takes to be a Bollywood actor, Julie has had a traumatic childhood. But all producers would rather have her “body” than her talent to help her make it big. She doesn’t give up and knocks many doors to try her luck. In return, all she gets from all those she has loved dearly is betrayal. There are flashbacks used to tell her past story comprising her stepfather (Yuri Suri) who abused her, her mother, her hairdresser-cum-friend Annie aunty (Rati Agnihotri), who is like her second mother.  As Annie is seen helping assistant commissioner of police Dev Dutt (Aditya Shrivastava) solve Julie’s mysterious past, one gets more and more confused about what film’s director Deepak Shivdasani is trying to tell us through this mish-mash tale that leaves many loose ends. Julie’s life has many incomplete culminations — be it her relationships or her career. But things get out of hand when Julie signs a Hollywood film based on the life of Sumitra Devi, a politician who is likely to be the chief minister, whose husband Ashwini Asthana (Pankaj Tripathy) is seen sounding the clapperboard on the day of the muhrat. With other characters flitting in and out, the film tries hard to keep its viewers’ sagging interest alive with songs, dances thrown in suddenly.

Sadly, poor acting by the lead actress lets it sink to insufferable heights. In fact, it’s at times agonising to sit through an over two-hour long film which could boast of great actors like Tripathy and Aditya Shrivastava. Raai Laxmi looks unsure of the demands of the script; when she is expected to strip out of the blue, she does make the extra effort to infuse her character with some heft. She is also seen seeking solace in Christ — the lord who  incidentally becomes a sort of  testimony in unfolding a mystery.