Munna Michael movie review: Familiar, yet charmer in its own right!

Sabbir Khan’s story is about a young man from the streets called Munna, who from a young age is also a big fan of Michael Jackson. 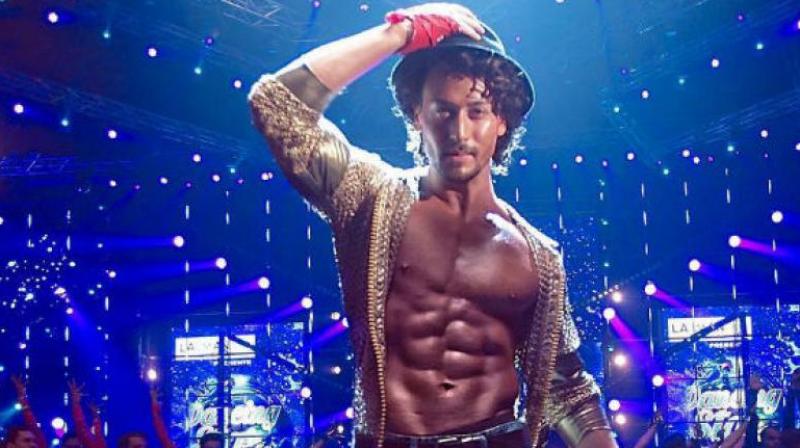 What do you do when an actor’s dancing skills get noticed in his debut itself and he becomes a sensation overnight? Cash in on his talent of course, and not feel the need to explore anything beyond what he believes his fans would admire him for. And therefore, in almost every film one finds Tiger Shroff showing off his moves in the flimsiest of themes.

Reprising the most cloying aspects of performance vehicles Munna Michael wears its tired clichés as we see a not-so-young man Michael (Ronit Roy) rehearsing a song sequence on the set of a film shoot. At the end of the rehearsals, he is crudely told not to come the next day as he is not required, and that other young directors are much in demand. A dejected Michael leaves and heads straight to drown his sorrows in liquor. On his way back, he hears cries of an abandoned new born baby, whom he feels compassion for, and brings him home. He then raises him as Munna, who, as expected, shows great promise of turning into a dancing star.

Sabbir Khan’s story is about a young man from the streets called Munna (Tiger Shroff), who from a young age is also a big fan of Michael Jackson.

When he decides to take part in the country’s best-known dance reality show, his father disapprovingly asks him to go look for a job instead and not waste his time. But a determined Munna lands in Delhi to audition for the show.

Where his encounter with gangster Mahinder Fauji (Nawazuddin Siddiqui) isn’t too pleasant but Fauji is also a criminal who aspires to dance.

In any film, there’s nothing like an annual dance competition woven into a narrative to ensure these seemingly disparate elements making beautiful music together. And so, a determined angel along with a stubborn rebel from a small town, Meerut, make opposing archetypes coming together to ace the climactic performance that will melt the hearts of judges (Chitrangada Singh, Farah Khan, Shaan) in the finale.

Fortunately, co-writer/director Khan dispenses with the over emotional will-they-or-won’t-they dilemma early on, allowing his cast’s powerful artistry to take the spotlight in a story where we all know the answers, and therefore, don’t get too caught up in the stakes, because choreography, not plot, is the star of this frenetic little film.

The twist in the story comes in the shape and skills of an actor like Nawazuddin, who as the leader of a gang in Haryana has a comical ace up his sleeve. He wants to learn how to dance only because he is besotted with a young girl (Agarwal) who is a superb dancer. Ensuring there isn’t a single moment that is anything but programmed, director Khan adds as many clichés dutifully to stage pre-set drama that’s shorn of any thematic richness.

It feels unfair, thus, to fault films based primarily on dance for being bad at other things that aren’t dancing. It’s so single-focused, committed to one thing only, that it seems wrong to knock them for not paying as much attention to their scripts or characters as if the director is trying to tell us, “Who cares about all that stuff if the people in the movie can really dance?”’

Assuming that every generation needs its own dance film, Shroff too rides high on his popularity and doesn’t disappoint as a dancer. Don’t think he ever will. Unfortunately, if, in between the dance sequences, actors like him need to talk, they are expected to emote. And that’s a problem.