The Zoya Factor movie review: Not a faithful adaptation!

Kapoor is young and vivacious but a complete miscast here. 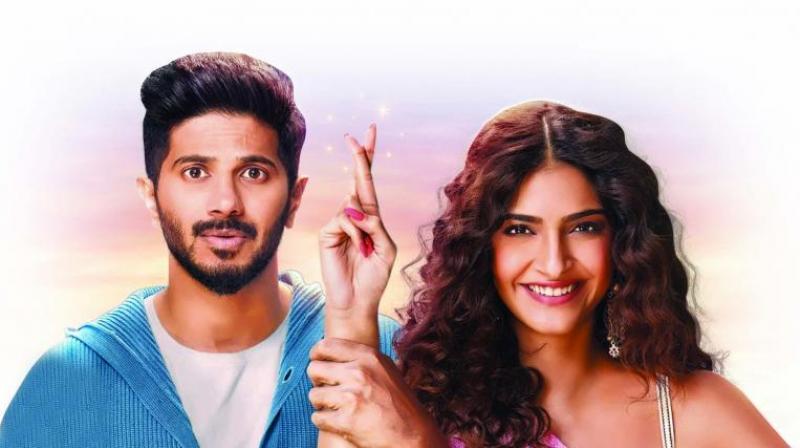 Cricketmania as a subject of a film is always a safe bet in this part of the world. With the huge following that the game enjoys across all age groups, and even across all regions, it is somewhat of an enigma, more so, that even after so many controversies surrounding it, it continues to be everyone’s favourite. And when the familiar voice of none other than SRK introduces the theme of a film right at the outset itself, and even compares it to an infectious disease like dengue, you know there’s much fun in store ahead of you.

Author, screenwriter and advertiser Anuja Chauhan was quick to cash in on the popularity of the game in India in 2008, when she wrote The Zoya Factor, which was, in many ways, an original idea, and so became an instant hit with the readers too. Abhishek Sharma, who also gave us Tere Bin Laden a few years ago, is also on a safe wicket as he blends a story centring around the country’s most popular game on celluloid. Chauhan’s novel also was well timed for it to generate the right buzz among its target audience: the young boys and girls, for most of whom, cricket has been more like a religion of sorts. And so, when the book gets adapted for the screen version, there is yet again the same set of curious minds as well as some new enthusiasts too who look forward to its release.

But let me warn you all — the film and the book — The Zoya Factor — may be titled the same, but it is not the same thrill and excitement you get when you watch its reel adaptation. For a good part, it misses the point, and never rises above its mediocrity.

When Rajput girl Zoya Singh Solanki (Sonam Kapoor) gets to meet the Indian cricket team as part of her job as an executive in an advertising firm, she has no idea what her job would subsequently end up rewarding her with. Though considered unlucky at the workplace, and getting reprimanded on a regular basis by her boss (Koel Purie), Zoya has not the foggiest what might be in store for her: She is asked to accompany the team for an advertising campaign. Zoya, who doesn’t like cricket, is thrilled, and when the younger players find out that she was born at the very moment India had won the World Cup back in 1983, they are as much amused as much they are intrigued.

She may not be a cricket fan, but her father (Sanjay Kapoor) and elder brother Major Zorawar Singh (Sikandar Kher) are diehard fans of the game, just the way the entire country is. When she recounts that she has been a lucky charm for cricket as per her brother, and his gully cricket matches, she sets off a chain of events that results in her being deemed India’s permanent good luck charm too as India goes into the World Cup.

Led by Nikhil Khoda (Dulquer Salman), Team India gets a major boost when every player believes that her lucky streak could be escalated for the Nikhil-led team, which is on a losing wicket despite its talent. Hoping that their meetings would be followed by victories on the field, they are so impressed that they want to be with her all the time. And so, Zoya’s presence at the breakfast table triggers so much curiosity among them every day that they all get swayed by her charm. For Zoya, it’s a revelation that she could be so popular.

For both Zoya and the team, there is a formidable task ahead: to win yet another World Cup, and for her, it is to prove that she is the talisman that the team so badly needs to win. Zoya becomes such a rage that not just the media but even the entire nation begins to worship her. A sudden spurt of victories, and she turns into a Goddess, virtually. She is so much in demand that while the cricket board wants her to sign an official contract with them for a whopping Rs1 crore, there are media houses chasing her for interviews. And in the midst of all this, as she gets catapulted to a heady mix of fame and offers, she also falls for the charm of the skipper Khoda, who wastes no time to pursue her even as she gets wooed by her boss for another assignment. She struggles to stay as grounded as she can, and as the World Cup action draws near, she also realises that the otherwise charming captain doesn’t believe in her charm, and would rather have his team’s talent win the cup. In fact, he makes it clear that he doesn’t believe in luck at all.

Balancing the film’s primary objective to focus on the superstition that goes hand in hand with every sport, the film (with additional screenplay by writer Anuja Chauhan herself) doesn’t have anything new to offer other than some stale, contrived techniques to take the narrative forward.

Kapoor is young and vivacious but a complete miscast here. She is either too bubbly or devoid of emotion that the whole idea of her being the lucky charm falls flat. She also doesn’t pour every single bit of herself in the role. It is Salman from Kerala, who had made an impressive Hindi film debut in Kaarvaan earlier, who is a natural. Two other actors — Angad Bedi and Sikander Kher — make sure they have enough lines to deliver to make their roles an integral part of the film, although Kher deserved a better subject and some more substance to play around with.

For those of you who have read the book and have enjoyed it too, don’t expect a similar experience in the two-hour-long film, of having a hold on you, for after a good start, the film will begin to lose your interest. Mostly, it is because of poor, uninspired writing.

What remains with you, however, is Dulquer Salman, whose boyish charm and easygoing affable quality and presence keeps you glued to the action. Favouring the economy of expressions, he never overdoes an emotion. That’s quite a welcome relief from a number of Bollywood male actors who twitch their eyebrows or purse their lips before the camera, that too, in scenes where they are expected to display an instinctive gut reaction. The only time you want him to look a tad more into his character is when you expect him to look (and act) more like a seasoned captain who knows his job well, and what’s more, has the capability to hold his own too!