Partition 1947 movie review: A slice of history that lacks depth!

The faith-based audiences would not have objected to the unapologetic manipulations in such an innocuous slice of inspirational hogwash too. 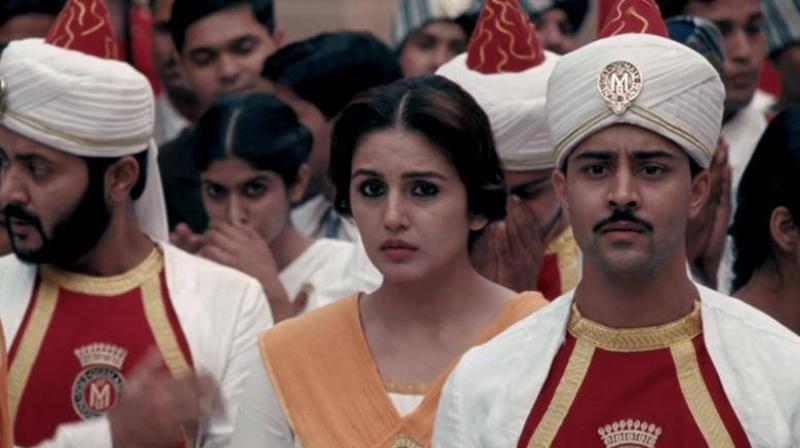 The aftermath of the Partition of India has few equals. Any account based on it becomes relevant to Indians. More so, in terms of distress and suffering that continues to resonate as seven decades accumulate more critical exploration, and our trauma is ready to crack open at the drop of a hat.

The resultant demographic realignments aside, the very notion of Partition in a somewhat, paradoxical way, extends beyond the partition in 1947, even as we move farther away from the generation of our forefathers who went through the excruciatingly painful occurrence.   Gurinder Chadha’s latest film Viceroy’s House (The film is also strangely titled Viceroy’s House in English and Partition 1947 in its dubbed version in Hindi) is a British-Indian historical drama, and is about the final Viceroy of India, Lord Mountbatten, who is tasked with overseeing the transition of British India to independence. With obvious references to the conflicts he meets when different sides clash in the face of the foreseeable monumental change, Mountbatten is seen trying hard to restore peace even as he prepares to leave. The source of the book is attributed to Larry Collins and Dominique Lapierre’s Freedom at Midnight and Narendra Singh Sarila’s The Shadow of the Great Game: The Untold Story of India’s Partition.  Chadha draws from her family history of her grandmother who lost and found her daughter during partition. She also weaves a tepid romance between Lord Mountbatten’s valet Jeet Kumar (Manish Dayal) and Aalia (Huma Qureshi), who was an assistant to the Viceroy’s daughter Pamela (Lily Travers). But neither the available material nor slice of her family tale generates any abiding interest in the film’s screenplay. The narrative, which is meant to personalise the interlinking of the complex horse-trading of Mountbatten (Hugh Bonneville) with a few private tragedies of the domestic helps working in the house, barely leaves an impact.

The trouble is, the tragedy of this history is so well chronicled that unless a new layered backdrop is not added the rewriting turns flat, and unpersuasive. We all know that when the British were exhausted and virtually bankrupt after World War II, and lord Mountbatten and his wife Edwina (Gillian Anderson) arrived at their palatial residence in New Delhi with orders to negotiate a dignified retreat, Mountbatten’s liberal and diplomatic machinations didn’t survive for long. Granting India its independence, thus, was a dilemma that he didn’t know how to negotiate, chiefly because India was not monolithic and its pluralist character, dominated by 300 million Hindus, also had a small but strongly represented minority of Muslims, some of whom preferred to break away to form a Muslim-majority state of Pakistan. Mountbatten’s struggles to square the demands of Hindu leaders Mahatma Gandhi (Neeraj Kabi) and Jawaharlal Nehru (Tanveer Ghani) with their pro-Pakistan rival Mohammed Ali Jinnah (Denzil Smith), led to more violence, forcing the Viceroy to accelerate his independence plan in the hope of minimising further bloodshed.

Chadha focuses on political games and the self-serving leaders in a limp and half-hearted way, and instead, over-emphatically signals and underlines emotions and supplications. She could have taken a stand to portray her side of the story and not served us what appears to be a fulfilment of a long-held ambition to encapsulate a national tragedy in a love story between a Sikh man and a Muslim woman interspersed with her own personal account culled from her family’s past.

The faith-based audiences would not have objected to the unapologetic manipulations in such an innocuous slice of inspirational hogwash too. The two concurrent narratives — comprising Jeet and Aalia’s courtship and Mountbatten’s plan to divide — never really cause enough inquisitiveness in us. Rather, its bland offensiveness marks a stagy superficially where giants like Gandhi’s and Nehru’s characters are bereft of any heft, and look shallow and ineffectual. The overall effect fails to piece together the momentous moments as we keep waiting for more action to illuminate the disengaged narrative threads. As a result, the horrors of the disaster are never once felt by the audience who have been fed with dreadful stories of violence, and continue to relive the emotional toll.