Half Girlfriend movie review: Half produced, half fun!

Suri does give us moments, and just when you expect more, he lets you down. 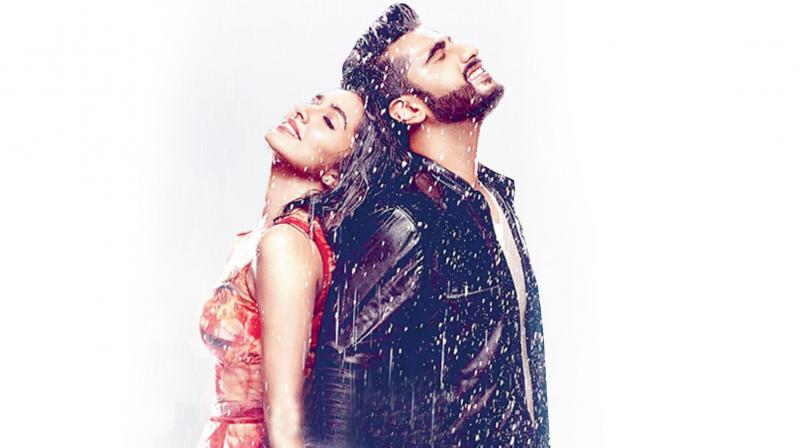 A still from the movie Half Girlfriend
Rating:

When was the last time you saw a romantic film that stayed with you, may be not, permanently, but instilled in you a sense of purpose for a lasting effect? Not everyone has a talent for humour, but many storytellers can infuse a run-of-the-mill narrative with a glimmer of life. And that is sometimes more than enough for a two-hour long film.

I have a feeling that for director Mohit Suri, perhaps, half the battle was won when he decided to make Half Girlfriend based on Chetan Bhagat’s blockbuster novel. In the film, this coming-of-age romance between a Hindi-speaking Bihari Boy — Madhav Jha and an upper class Delhi high-society girl — Riya Somani creates a universe and tries all it can to give us an emotional ride. So far so good. Stories of contrasting backgrounds of young men and women could initiate interesting study while also, generating ludicrous situations many a times. But when you get a load of everything that happens in the film’s first 15 minutes, you know it all — that the film is headed straight into a done-to-death direction where we are reminded of the social dissimilarities between the lead pair with a romantic roundelay, “Stay a little longer…” underlining the girl’s love for the boy, and boy — just like the audience — continuing to be all the more muddled.

Madhav (Arjun Kapoor) enrolls into a course in Sociology at St Steven’s College in the capital (no prizes for guessing the original name of the grand institution of the Delhi University) and falls in love with Riya (Shraddha Kapoor) the moment he sets his sights on her. Riya looks snooty but love blossoms on the basketball court as Madhav dribbles the ball like no one else can. The two become friends, and though Madhav is completely in awe of her exceptionally wealthy background, he doesn’t lose hope and pursues her to be his girlfriend. And how does Riya react? She halfheartedly agrees to be his “half girlfriend” — dost se zyada girlfriend se kam.

When the most unexpected happens, that too, in the most unconventional way, eyebrows are raised at the college campus with one of Madhav’s buddies convincing him to make out with her to find out whether she is serious or is using him.

Obviously, Riya, who all along finds Madhav dependable, is furious and walks out on him. And the linguistic barrier, which by now had become secondary, rears its ugly head even between the two. For Madhav, that Riya is “more than a friend, less than a girlfriend” is unfathomable, but true to all small-town men whose so-called innocence is almost invariably preserved and immortalised in Bollywood, Madhav continues to be the lovelorn one-track man for whom nothing else but Riya matters…

Madhav is unclear; Riya is even more indecisive. She comes from a dysfunctional family, and when she feels low, she either strums the guitar or goes atop India Gate to be with “herself”. Is that why she catches him off guard and plants a kiss, but would not go beyond? Now, I am confused.

When interesting stories go beyond the obvious and invite the viewers to co-create the story’s universe, they become fun, and hence, watchable. Suri’s film written by Tushar Hiranandani seems half-produced, with the story remaining loyal to friendship, love, fluidity and no little contrivance. Perhaps the filmmakers blew their budget on buying the rights and doing little else to salvage the fate of the film. But wait, isn’t Bhagat also one of the producers? Then it’s obvious that the novel itself is low on a solid premise.

Performances in any film are the key to your liking or disliking a film. Here, the 136 minutes of romance would have been even more lifeless had there been no charming allure of Shraddha Kapoor. She looks ravishing throughout, but there could be more to her than just handbags and lovely dresses. She maintains a cloak of silence and even stiffness in what could have been some really sizzling hot scenes. After all, a satisfying and heartfelt love can be allowed to flower between two good friends? Instead, Madhav and Riya are never more than playthings of the premise, and don’t really become the sole sources of nuance or vitality, as they seem unduly hemmed in by the movie’s unimaginative confines.

Arjun Kapoor doesn’t look like an 18-year-old. His Bihari accent or rural milieu may not diminish Riya’s fondness for him but puts you off since getting admission into college isn’t enough for this ambitious-rooted to ground boy: he behaves and sounds dim-witted with Riya adding enough confusion to their “mere friendship” status. We have all had exposure of small towns and their people, and it can be safely presumed that the young from states like western UP or Bihar, don’t necessarily get enamoured of city life’s razzle-dazzle, and do fulfil their motivations without getting distracted.

Suri does give us moments, and just when you expect more, he lets you down. Considering he has earlier toyed in variously stylised ways with the trappings of suspense, mystery thrillers, you feel deceived. He does float around here as well, but makes his characters shift from dopey time to sudden gush of righteous energy.