Why Cheat India movie review: One is left wondering, why?

Hashmi may not be in his erstwhile mode of gangster-romantic-eternal lover that he has always played. 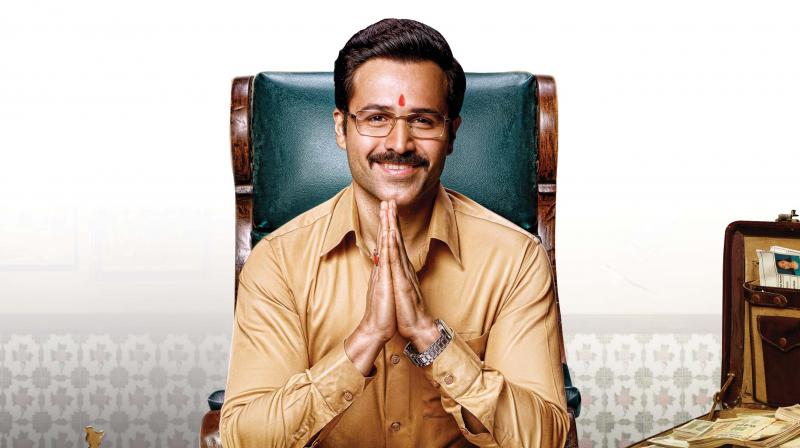 Still from the movie Why Cheat India
Rating:

Dreams, aspirations, competition, achievements and all that fills the minds of the young in India forms a dangerous concoction that kills creativity, encourages baser instincts to come to the fore, and that snowballs into a major crisis eventually. Thanks to newspaper reports, we are all aware of some young minds in a bid to outdo their peers, or not being able to live up to the expectations of their parents who invest in their children’s careers, becoming hapless victims who fall prey to the growing demands of their families to become engineers, doctors and MBAs. Out of the multitude, the ones who make it, by hook or by crook, are survivors the entire nation looks up to; the ones who don’t are losers who have nowhere to go. As many reports suggest, quite a few from among them, commit suicide too!

Education, that is, perhaps, society’s most critical responsibility, is at its lowest ebb. So, then, is the faulty education system? Or the over ambitious parents who are to be blamed for all the disastrous mess? Whatsoever is the cause, it’s the scariest situation that needs immediate attention, and hardly anything is being done to address it!

If you thought that Soumik Sen’s Why Cheat India comes up with an answer, or at least looks at the aforementioned psychological concerns among children and their behavioural issues that often lead to suicides with grave concern, you’d be disappointed. While it does focus on a number of existing malpractices in our country’s education system, or the whole concept of buying one’s way through education, jobs and earnings, it loses track midway, and becomes yet another film where there is a “hero” who may have erred, but still has a heart of gold. In any case, whatever wrong he commits, it wasn’t only because the education system has not been evolving, but it was the combined misfortune of too many helpless victims that made him go wrong.

As a theme, Why Cheat India picks one of the most pressing stories on the education system of India, with more and more gullible students desperate to please their families’ dream get trapped in the quagmire of cheating, only to procure a seat in their desired college. It also focusses on the small towns of Jhansi and Jaunpur in Uttar Pradesh where multinational companies have not heralded a vision for middle-class Indians to the extent that they have in cities like Gurgaon, Hyderabad and Bengaluru, to name a few.

Despite three attempts, Rakesh Singh (Emraan Hashmi) could not make it to the medical exams. On the other hand, his brother who earned himself a degree in medicine makes a fortune in the US. He is quick to divert his attention to running a business that decidedly, helps many students attain their achievable dreams: by enrolling some of the brightest students into his game plan, he makes them sit for proxy exams for rich, but undeserving students who are unable to clear the entrance test. And thus, he makes them earn a degree. His so-called humanitarian act serves a twofold purpose: some unworthy students go on to fulfil their parents ambitions and become the prized catch for many. It also fills the coffers of many in the close nexus — professionals, ministers, school authorities, not to forget the go-getting pushy parents, even as quality education goes downhill and scams flourish in the country.

One such bright boy, Satyadeep alias Sattu (Snigdhadeep Chatterjee), comes from a middle-class family and lives in morbid fear of his strict father’s aspirations to dream of a better life. His impressionable mind serves as the most likely prey to Rakesh’s scheming plan.

Singh becomes almost ruthlessly smug (both as a character and as an actor too) to spearhead his ambition as the lead of the education mafia, and even behaves as if the entire nexus of many powers that are central to the scam are under his thumb.

To be fair, Why Cheat India opens with some believable shots of Jaunpur and the intricacies associated with the aspirational middle class family. It soon, falls short of ideas to take it forward. Where it also falters is its skin-deep study of the wrongs in the system. The story fails to dig deep into what ails the entire world of men and women that ends in a malaise few can recover from.

Hashmi may not be in his erstwhile mode of gangster-romantic-eternal lover that he has always played. But his slick fixer look is less earnest, and more swag. Whosoever gets into a fulltime business of making millions fraudulently runs the risk of looking hassled and bogged down by pressure, no matter how many strings he could pull to escape any eventuality. Not Hashmi. He delivers lines with an arrogant brash throughout. On the other hand, some unknown faces, especially those of Singdhadeep Chatterjee’s as Sattu and Shreya Dhanwanthary’s as Sattu’s sister Nupur, who falls for the charms of Singh, are far more convincing. One wished there was a little more of them.

For a narrative that has all the elements culled out from real incidents (almost everyday the newspapers are replete with stories of many teenagers unable to cope with the pressures of exam and parents, and taking their own lives) writer-director Sen has not invested much on the underlying grey area of drive, determination and desire getting eclipsed by malpractices. Or, the justification that most people tend to offer and turn dishonest and deceitful. In the climax — taking place in a typical courtroom — Hashmi’s submission is as dramatic and theatrical as for one who was accustomed to seeing Sunny Deol in the 90s in potboilers. The only difference is: Hashmi’s decibels don’t hurt your ears. Or your sensibilities.

The overstretched film also makes you wonder why the CBFC insisted on affixing “Why” before the title “Cheat India”, when in reality, the title serves as a homonym: the first meaning eggs you on to go ahead, and deceive and double-cross to one’s detriment or to one’s heart’s content; the other gives the image of the vast country as the one with unscrupulous morality as the basic fibre. No, I don’t subscribe to the latter, but I respect any writer and filmmaker’s creative efforts, and hence, would not be judgmental about their intents!