Ali does a bad job of grounding the film with the conventions to suck you in and make the baddies team look real with their politics. 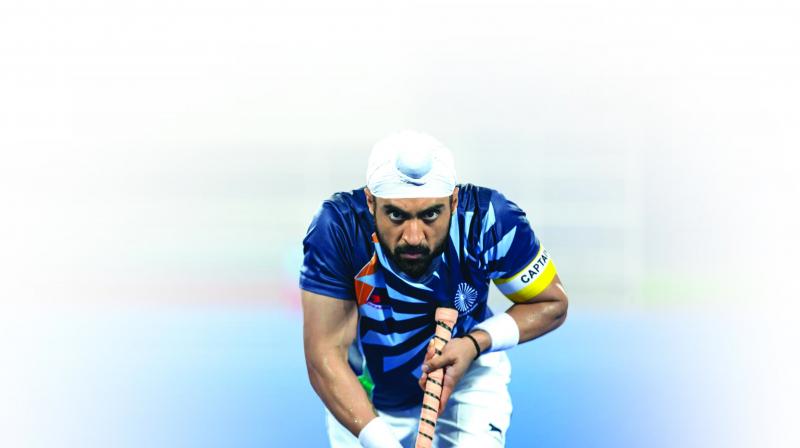 A still from the movie Soorma
Rating:

Bollywood’s love affair with sports films isn’t something new. But of late we have had a spate of mainstream sagas with sportstars taking centrestage. These stories, about underdogs, their triumphs and struggles, are essentially entertaining and rousing stories.  But, sadly, not all tales are interestingly narrated.  Many of these stories that could be rousing and touching are ultimately undone by their bare-bones story arc and the desperation to show the main character as a flawless God-like being. Worse, some Hindi films make it worse by adding gratuitous romance and sentimentality that end up feeling more like a middling after-school special than an insightful look at sports and the dynamics within. In this week’s solo Hindi film release, Soorma, executive producer and director Shaad Ali could have had a winner on his hands despite not having much grist, since he knows precisely what to highlight. It’s the miraculous recovery and comeback of ace hockey player Sandeep Singh, nicknamed “Flicker Singh” for his drag flicks in penalty corners, that were instrumental in deciding the fate of many of the matches he played that make a riveting account. But giving in to too many unnecessary demands of commercial cinema, Ali lets the story float on the surface of familiar turf, rather than digging deeper to reveal what propels him.

As a child, Sandeep Singh (Diljit Dosanjh) gets bullied by his coach, Kartar Singh (Danish Hussain), and gets disheartened and demotivated to go to the field again. On the other hand, his elder brother Bikram (Angad Bedi) goes on to do their family proud by being an ace player who has in him to go places. Destiny has other plans though. As an adult when Bikram fails to qualify for the national hockey team, a chance brotherly chat follows a revelation about Sandeep’s extraordinary talent for drag flicks. Encouraged by his love interest, a hockey player, Harpreet Singh (Taapsee Pannu), Sandeep begins to relive his dream of making it big. And thus begins his training under the dreaded coach Kartar Singh all over again. On the face of it, Soorma is the story of triumph of human spirit, and about a player, who made headlines for his marvellous comeback after facing a near-death experience. It’s his sheer determination, hard work and unrelenting passion for the game that makes him so inspiring a figure that even when the odds are stacked against him he is not the one to get bogged down. The going seems to be good, but destiny intervenes again, and this time, it’s not on his side. When a gunshot hits him accidentally while he is on a train journey, his life comes apart and he gets paralysed waist below that results in his life-long passivity and immobility.

Singh’s life has too many people waiting for him to reach the pinnacle of success, and when he suffers, there are others who are as much a part of his misery and grief. Everybody’s dreams get shattered, yet his parents, his loyal brother and uncle rally around him with unconditional support. For director Ali the story of such a gritty man should have been stirring enough. But he uses the tagline that says: ‘’The Greatest Comeback Story of the Hockey Legend Sandeep Singh”, and that may be a bit far-fetched, since by no stretch of imagination, Singh was, or, is a “legend”. To be fair, Singh did fight against all odds, and got back on his feet to make a comeback in international hockey in 2008. Subsequently, India won the 2009 Sultan Azlan Shah Cup under his captaincy and went on to qualify for the 2012 Olympics, but is Singh that great a player? That could well be a debate reagitating another round of controversies that our national game is perennially plagued with.

The film drifts into a romantic tale and digresses from Singh’s struggles. What goes in the film’s favour though is Diljit Dosanjh’s performance. His puts his heart and soul into Singh’s rough road to sporting stardom in 2006-07, and makes you love him as he cruises along to portray Singh as a determined slugger. In Soorma, Ali perhaps found the perfect player for a personal-stakes game, a guy with a leg-it-out intensity and kidlike enthusiasm, though Dosanjh could have worked on his body a bit to look like a fitness-freak player ready to challenge the game in the international arena. Nevertheless, it’s his eye-on-the-ball exuberance that carries the film past its often-mechanical aesthetic. Too bad that Singh’s story ends up becoming gentle and easy going, with songs and loads of romance thrown in.

At best, Soorma sustains a dreamy mood in which the idea of hockey drags in places, becomes repetitive and could use a more rigid hand in editing. In its endeavour to please with its earnestness it does restrict itself to telling a compelling story but only in flashes. Most often, its effort is distilled to a game that stands for unsullied innocence in a cruel, imperfect world. In such a motivating real-life story, one would probably not see too many negative characters, but there are villains too. Besides a coach, there are other impediments too who wouldn’t want to see Singh succeed. These characters may have been real, but in the film, we see them as cardboard figures, either menacingly roaring or wily and scheming.  Among the supporting cast, most of them lend good support. Ali does a bad job of grounding the film with the conventions to suck you in and make the baddies team look real with their politics. Danish Hussain, in particular, looks most unconvincing. Besides Dosanjh, Satish Kaushik, Taapsee Pannu, Vijay Raaz, and especially, Angad Bedi are excellent too, in their respective roles.