At best, it merely pretends at some great gravitas but never gets past being only moderate entertainment. 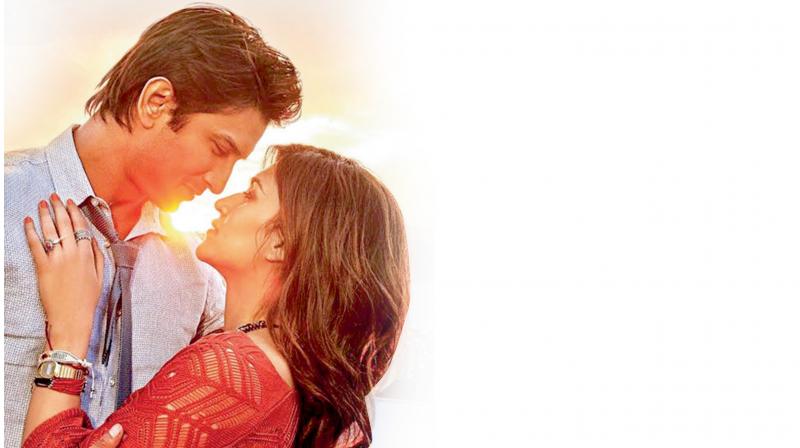 A still from the movie Raabta
Rating:

Some enthusiasm in a screenplay can inspire as much a rousing good time, as much as our instinctual desire to sneer at the implausibility of the story. But if it gets stalled by a sense of ambition that seems unmatched, there is the serious issue of our interest dipping. Completely.

Director Dinesh Vijan tries to recreate the age-old theme of reincarnation in his directorial debut Raabta and, perhaps, consciously attempts to give it a new spin. But how different can his source material be? Grounded in its interpretation of reincarnation, Raabta doesn’t have the routine spooky tale or an apparition looming in the background. Instead, the film is set in Budapest and could boast of some great locales where the lead pair Shiv (Sushant Singh Rajput) and Saira (Kriti Sanon) meets. The two seem to be different, but fall for each other and form an inseparable raabta (connection) between them.

From thereon, the film does everything possible to tell us that it is the bond or passionate love alone that survives. For generations at that!

Shiv is the cocky boisterous to the point of being unpleasant banker while Saira makes chocolates, lives in a dreamy world, and has even a boyfriend she has seen sunrises with and has gone on long walks with. But the chemistry between them seems credible even as Shiv displays all his abrasive arrogance to woo her. We also come to know that Saira has had a traumatic childhood when she lost her parents in a car crash, and a recurring dream of getting dragged underwater keeps looking for the unknown.

It is then that Zakir (Jim Sarbh), a multi-millionaire, makes an appearance to drag the story forward. And one instantly presumes that it is time for the business of rebirth to emerge in the narrative. It’s not Zakir alone who occupies the weathered quality of a wronged lover. Saira too feels the somewhat mysterious attraction for him and gets drawn towards him. Soon we come to know that the three principal characters were part of what seems like a Trojan era, with ash smeared foreheads and grotesque looking attires worn by the three. As you begin to wonder what this sudden diversion could be, you see the three main leads enacting their similar roles, albeit in another era. Obviously then there has to be some fragmentary half-done account that must find ways and means to get accomplished. So Saira crossing paths with a reincarnated lover who is determined to own her is justified in a flashback episode. As the three chase each other, trudge up the hill, slope down branches, try to kill, you are left wondering where it is headed: the visual effects have somewhat cartoonish qualities that are sleekly edited, and the frames are washed out in subdued tones to highlight the grungy atmosphere of the era. At this point, I almost gave up when Sanon’s forehead is smeared with red tilak (vermilion or red turmeric mark) by a woman, and a blood thirsty Sarbh gunning for Rajput.

As promised by the promos, I was more or less enthused with the two lovers in the first half spending a lot of time with each other and not wasting any time on inconsequential elements that weigh heavily on any script. Thankfully, there are no parents or extended family too. Though Rajput is no Ranbir Kapoor — not even Ranvir Singh — as far as his energy levels are concerned, to be fair, he does liven up scenes with his charm. At times, he tries too hard to shed his earlier “small-town-boy-next-door” image to acquire the tag of a performer that would catapult him to the league of A-listers. Refraining himself from wincing too often to convey emotions would also help. Sanon, on the other hand, has made a giant leap forward, and is reassuringly far more confident than she has been in her earlier two films.

The film doesn’t have the requisite mystery associated with the genre and the screenplay co-written by Siddharth-Garima neither reaches the great heights claimed through its promotional schemes nor the promise of its interesting premise, nor is it a groundbreaking reincarnation drama. Though well executed and photographed, it’s too implausible and takes too many liberties with the meaning of the term “reincarnation”, making it into a gross literal reality. At best, it merely pretends at some great gravitas but never gets past being only moderate entertainment.