To add any more would ruin the wonderful screenplay that both Sandilya and co-writer Rajeev Upadhayay have delicately peppered within their film. 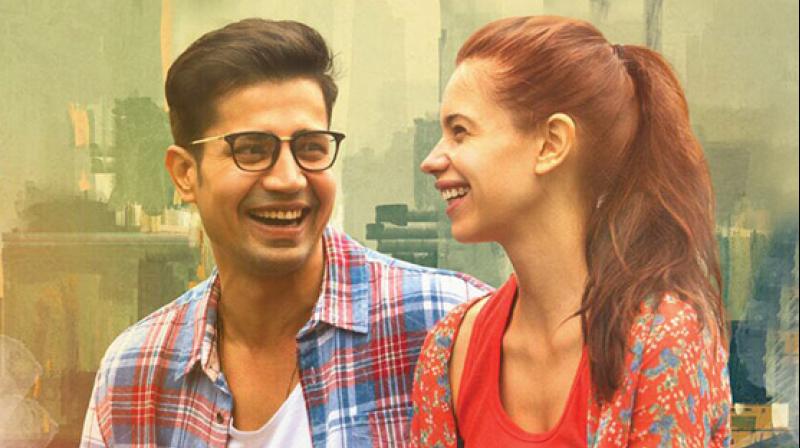 Still from the movie Ribbon
Rating:

At first glance, Sahana (Kalki Koechlin) is just another young corporate strategist married to an engineer Karan Mehra (Sumeet Vyas), who knows her job too well, and is very ambitious. But you get to know her more when in the opening scene itself she panics about her positive pregnancy test results. Obviously, she has other plans, and wouldn’t budge from her stand: she is not ready for motherhood, and doesn’t want to be burdened with responsibilities of a child, early on. But she is also someone who plays along when Karan convinces her that their child would be a blessing and that things would be fine. And so, despite work pressures emanating from competitive colleagues and EMIs that young couples in metros are often saddled with, a child is born, forcing Sahana to go for a three-month sabbatical.

In Ribbon, debutant director Rakhee Sandilya has come up with an utterly believable story about a young married couple, who individually lead their lives focused on the goals they have set. Both love their respective professions, and, unless compelled to do so, are unwilling to make compromises.

The film explores the skewed-in-man’s-favour social encumbrances that a woman faces post her delivery. A lot changes in the three months that she is absent from work making her almost redundant in an office she gave so much of her time and energy to. When she gets demoted, and is left with no choice but to look for another job, she is shattered and brings her disappointments home. Like any other city-bred couple, they know how to deal with it too; it’s the situation they are in that makes them helpless. In a short time, though their priorities get altered, they do manage well, and try and resolve issues as amicably as they can. Karan, who is a hands-on sensitive husband and father, is by her side like a rock, and together, they could go on leading blissfully contented busy lives in Mumbai until Karan decides to take up an assignment that would keep him away from home, and come back over weekends only. For Sahana, Karan’s absence is the second blow following the humiliation she faces of reporting to a subordinate after her return to work.

The ugly face rears its head when their baby girl gets older, and has her own demands of being looked after. Gradually, from being fed and looked after by an ayah to going to a day care to finally getting admitted to a kindergarten school, she turns more and more an object of concern for the parents.

Ribbon could have been an out and out winner all the way but for an anomaly. There are issues that the film tries to deal with — from everyday stresses to emotional turmoil at every given challenge that life threatens them with. But the build-up to the principal reason for their life to be torn apart occupies too little space in this 110-minute emotional drama. As a result, while we are served every bit of this urban couple’s day-to-day complications and struggles, there isn’t much touching connect despite the film focusing on one of our society’s most widespread yet seldom addressed ills: sexual abuse. There’s also its hurried pace that seems to come in the way.

To add any more would ruin the wonderful screenplay that both Sandilya and co-writer Rajeev Upadhayay have delicately peppered within their film. They are an ambitious duo and heap a lot onto their plates in the name of providing a rousing cinematic experience. However, it is, at times, at the expense of a uniform and unbroken credibility. Yet, to be fair, even after cramming with too many issues, what redeems the overall narrative is the most persuasively believable true-to-life storyline, and since the ingredients are too provocative to fall flat, it is no spoiler to say the film is simply unlike anything else to play in theatres this year. For the same its premise defies simple description.

And so, regardless of its minor flaws, this capably crafted film does make a mark, and whereas a less motivated filmmaker would have faltered, Sandilya is a toughie who refuses to tap out.

It takes a while to decipher what this deceptively unique film sets out to project, but at the heart of the film, its two lead actors, Koechlin and Vyas, exhibit bottled pain and frustration and strike exactly the right tone and mood. Koechlin seems to be getting better, and is inching towards being part of one of the most unusual categories of consistently dependable actors. She is ably supported by Vyas, whose name may not have earned him a place in the credits of any other film earlier, but is a perfect foil to the determined Sahana.