Kuldip Patwal: I Didn't Do It! movie review: Kohli’s drama — A confused mixture!

A disoriented Kuldip insists he doesn’t recall anything before or after the incident, and he is put behind bars. 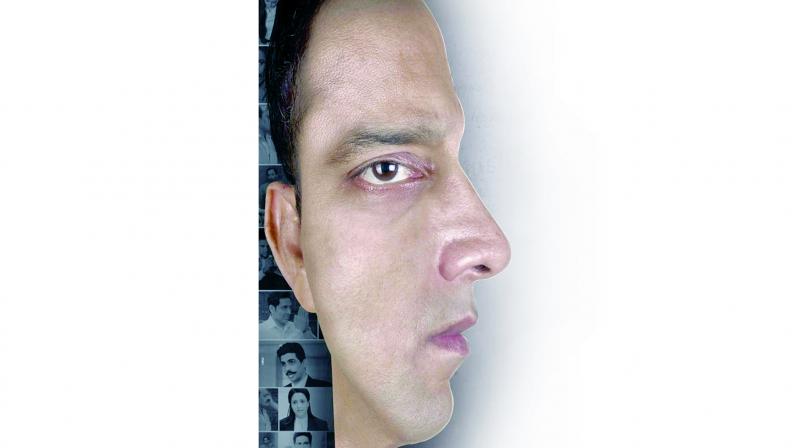 This could have been a marvellous crime and mystery thriller where there is more to the truth than meets the common man’s eye.
Rating:

There are films that give you a good idea what is generally up. If not the specifics, but a concrete premise that make the journey toward the eventual, inevitable twist fairly one-dimensional. Debutant director Remy Kohli’s Kuldip Patwal: I didn’t do it! isn’t an ordinary mystery; you’ll have it all figured out pretty early — until halfway through the movie, when Kohli pulls the rug out from underneath you, rolls it up, fills it with his giddy ideas, and forces you to smoke it.

When a commoner Kuldip Patwal (Deepak Dobriyal) is thrown into a jail cell on suspicion of murder of a local politician, he pleads that he hasn’t done it, and that he only happened to be present at the crime scene. The onlookers and bystanders have an alibi though: he was found transfixed to the spot from where the chief minister (Parvin Dabas) was shot dead. A disoriented Kuldip insists he doesn’t recall anything before or after the incident, and he is put behind bars.

Can he survive the state entrapment, or did he actually do it?

Grocery store shopkeeper Kuldip gets caught in the midst of a political drama caused by the death of the minister, leaving behind the lines between truth and the concocted lies blurry. Kuldip is doomed for capital punishment, but there are other truths that emerge when the trial begins. Quite naturally, the case gets more complicated as the film progresses.

This could have been a marvellous crime and mystery thriller where there is more to the truth than meets the common man’s eye. There is advocate Praduman (Gulshan Devaiah) who has taken upon himself to serve humanitarian causes, and thus, takes up Kuldip’s case. Strangely, the murdered minister’s widow Simrat (Raima Sen) is the one who is the defence counsel.

Kohli uses the technique of flashbacks to unfold Kuldip’s sorry state of affairs: he is a graduate but can’t find himself a job only because the minister has announced job reservations for the backward classes; he gets into fracas with corrupt government officials; he starts selling vegetables by the roadside and even that is objected to by the minister whose orders to vacate the roads lead to further frustration and his disenchantment with life.

So far so good. But we are left wondering how on earth an interesting story like Kuldip’s loses track. Matters get worse when the director — who, by the way, has lined up a good cast — goes back and forth with the help of not one but several recollections to narrate his protagonist’s story. Kohli’s gloomy and complicated storytelling exerts a bitter experience, as there seems to be no lingering pull to stay on, and comprehend the complexities of the narrative. As a result, if ever any semblance of excitement looms large in the landscape of your imagination, you dismiss it off almost instantaneously as yet another flashback tries to hold your attention offering another twist.

If only someone had suggested that to take on such a complex subject for his first film, the directors ought to have some maturity to develop the idea and take the story forward. Both Dobriyal and Devaiah are expected to breathe life into their characters but get little help from the script. Dabas looks unsure of himself and looks ill at ease playing the young chief minister. Sen, who plays his wife, too, has no idea what she is supposed to be doing.

And, whoever writes drafts for feature films dealing with legal wrangles must study law, or at least, consult lawyers to come up with a plausible screenplay, and not allow loopholes to stare at us. We have seen in the ’60s and the ’70s how a trial session ends up as the decisive verdict. The absence of a high court, let alone the Supreme Court, in the life of an under trial is a glaring error that most filmmakers tend to ignore.

I have a feeling that the director, after editing the final copy of the film, had an inkling that his film would head to a disaster, and so, he adds another twist in the tale at the end to leave us with more vagueness and obscurity. If his intention was to pique our interest in the so-called subject based on the truth of the accused, he fails.

Only, if it had worked!

Tags: deepak dobriyal, kuldip patwal: i didn't do it!