Baadshaho movie review: It doesn’t rise above the routine

The attempt of inducing any substance or emotional depth is quickly derailed by the story’s loose approach to reason and logic. 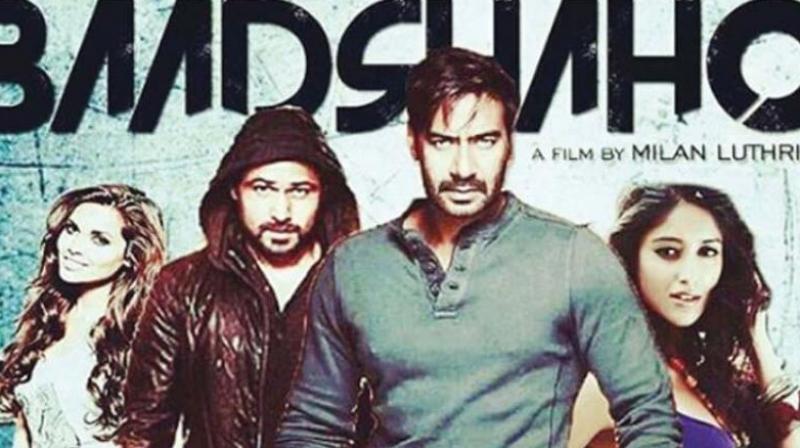 There is a thin line dividing fact from fiction, and so, when a film attempts to incorporate a slice of history, it must either do a well-researched job, or not do it at all. Milan Luthria’s Baadshaho is inspired by a few real-life events during the Emergency and revolves around a character inspired by Maharani Gayatri Devi. The writer has taken the liberty of including a real-life incident based on the Maharani’s enormous wealth of Jaigarh’s treasure that the then Prime Minister Indira Gandhi was after. For all those who came in late, Rajmata was arrested under the draconian (MISA) Maintenance of Internal Security Act) and even tortured behind bars.  Written by Rajat Aroraa, the storyline has glaringly omitted ingenuity and common sense from this generic low-budget thriller. And, you can imagine that if that is a problem, then none of the lead actors can do much to salvage the film. There is another problem: Baadshaho doesn’t lack the appropriate technical gloss needed for a thriller; it just doesn’t give us enough moments for us sit through its 138 minute film.

Perhaps, not getting into the entire rigmarole of taking permission to fictionalise from history and, thus, giving credit to the original source, both Luthria and Aroraa lose the plot. Almost entirely.  And so, as a Sanjay Gandhi look-alike Sanjeev (Priyanshu Chatterjee) is seen flirting with the Maharani Gitanjali (Ileana D’cruz)and getting rebuffed in the opening scene, the film hurriedly rushes through scenes of the authorities and the army — who, incidentally take orders from him — taking over and making all efforts to demolish her majestic lifestyle. As she cools her heels in jail, a new twist awaits us in the form of her yet another trusted security in-charge cum lover Bhawani Singh (Ajay Devgn), who is secretly asked by her to ensure that her lost valuables are regained by him.

Singh is not alone in his mission: he gets four others to help him. Here, the filmmaker plays it safe, and in trying to give a new spin to the original story, adds a tale comprising stolen gold, a thief (Ajay Devgn), an army officer Major Seher Singh (Vidyut Jammwal), princess Rani Gitanjali, her close aide Sanjana (Esha Gupta) and a hired gunman Dalia (Emraan Hashmi) who are all entrusted with the responsibility of protecting the country’s treasure.  When the plan of transporting the booty is hatched, you can brace yourself for some exciting moments.  But, are there any? The sealed truck is trailed by the bunch of four and has none other than the tough Singh outsmarting every clever move they display.   It is then comes the surprise: Just when you thought that the Maharani’s plan is foolproof, you realise she has another ace up her sleeve as she reveals that Seher is her real lover.

The dialogues are poor, and some of the lines will most definitely sound “most ridiculous” too.  The attempt of inducing any substance or emotional depth is quickly derailed by the story’s loose approach to reason and logic.  Despite a high-concept idea and a good cast, this crime thriller feels somewhat rushed. It might once have been promising, but it seems like something went wrong along the way.  In most wealth-crime-heist-thriller-chase narratives, timing plays an important part throughout.

Speaking of time running out, Devgn seems to be in a hurry and at times, even disinterested in all that’s going on. There are good cops and bad cops but just about everybody loves the calm and collected during the entire process of loot. That our audiences will still root for him, is not quite understood as between him and Hashmi, the cop (Sharad Kelkar) with his most impressive voice and physique walks away with viewers’ sympathy. For plot contrivances, thus, the general lack of urgency is a downer. There’s very little creativity or vision — everything just feels very routine. With the plot getting murkier, you expect more, and with elements taken from many better movies, the pace could have been faster too.  Luthria, who gave us enjoyable entertainment, seems to be exhausted!

The writer is a film critic and has been reviewing films for over 15 years. He also writes on music, art and culture, and other human  interest  stories.