It takes a certain touch to pull it off, and here, neither the director nor the writers seem to have it! 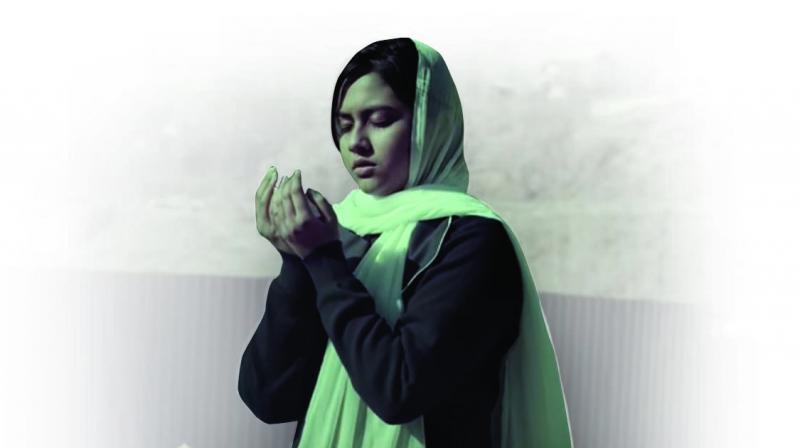 The film rarely gives us any insights into her inner being and instead focuses only on incessant bombings and devastation that the Taliban has been infamous for.
Rating:

It’s raining biopics in Bollywood, and in keeping with the current trend, one name that ought to have been thought of as a subject much earlier is Pakistani teenager Malala Yousafzai’s. We are all aware of how the name of a courageous 15-year-old Malala has become synonymous with advocacy that has grown into an international movement. This week’s release, Gul Makai, a biographical drama based on her life, would have been a fitting tribute to her, if only it had been a film!

Directed by H.E. Amjad Khan and researched and written by Bhaswati Chakrabarty, the full-length feature film is regrettably only a sketchy life story of this ordinary girl with an indomitable spirit who almost single-handedly became a prominent activist for the right to education. A Noble Prize winner, besides being awarded several other international honours, the remarkable Malala gets reduced to being an unfortunate, but strong central character, whose courage, at every turn, gets undermined by a plot that not only springs zero surprises, but also reduces the terror to mere life lessons for her.

So superficial and shallow is the film that had Gul Makai been a documentary, I would still have had problems with it. The film rarely gives us any insights into her inner being and instead focuses only on incessant bombings and devastation that the Taliban has been infamous for.

When a masked Taliban gunman shot her in the afternoon on October 9, 2012 as she rode home on a bus after taking an exam in Mingora in Pakistan’s Swat Valley, she not only survived, but almost instantaneously, was made a “hero” as her popularity extended much beyond Pakistan and all throughout the world.

A huddled screenplay that features prominent actors like Atul Kulkarni and Divya Dutta as her parents, Mukesh Rishi and Abhimanyu Singh as terrorists, Kamlesh Gill (of Vicky Donor fame) as the grandmother, Pankaj Tripathy in a blink-and-miss cameo among others, barely clicks with the audience. Even the lead, Reem Shaikh as Malala, adds nothing spectacular in this lacklustre story that only connects the clichés but leaves the characters isolated. There is so much violence that her resilience and sense of empowerment that it seems was ingrained in her right from the time she was a child is never drawn attention to. Other characters too, who played a significant role in shaping her are on the sidelines. The same treatment is given to her father Ziauddin’s character, whose daring resolution to speak up against the atrocities committed by the Taliban remains on the periphery. Talibanisation, imposing strict moral ethics for the people of the Swat Valley in her hometown in northern Pakistan, looks caricaturish when actors are shown spewing venom sporting wigs and screaming ominously. Also, how and why Ziauddin escapes their wrath remains a mystery and never fully explained. All we get to see are menacing voices underlining the patriarchal tribal culture in remote areas.

The idea of a girl in Pakistan who has become a source of inspiration for the endless people suffering from oppression across the world, and who as a mere teenager rose from her humble upbringing to become a champion for free education to all may have been enough to happily fill half an hour of footage on any television channel. In its 129-minute film version, it fails to effectively stretch it out to feature-length, and devolves into over-the-top drama and a suffocating heavy-handedness.

It takes a certain touch to pull it off, and here, neither the director nor the writers seem to have it!