Vyishali Kemkar, a national level basketball player from Chennai, has now stepped into the world of acting and glam. 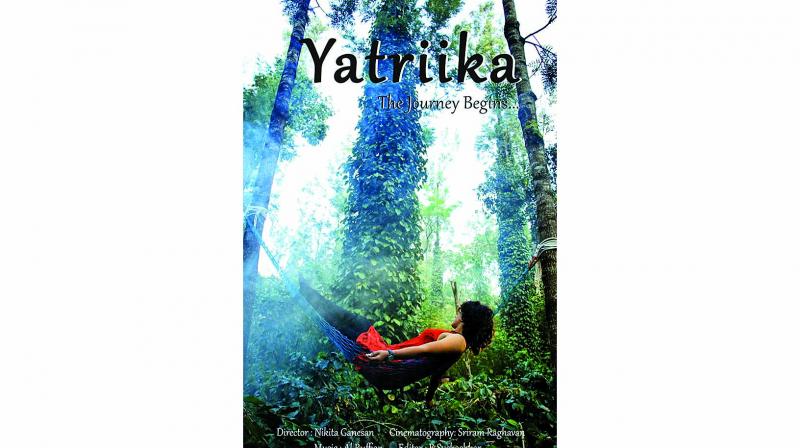 It’s not very often that we come across a sportpsperson trying out other professions. City girl Vyisahli Kemkar, a national basketball champion has now turned to acting and modeling. She has been taking baby steps towards that direction, and her first major move is Yatriika, a music video.

Talking to The Asian Age about how she got interested in modeling, she says “I owe that to my friends, who study Viscom. They used to call me for photoshoots and I love being photographed. Moreover, my father is a fashion designer, and I have always had a penchant for trying different types of outfits. “

On Yatriika, Vyishali explains, “The team were on the lookout for a girl who was good at riding bikes. I was initially apprehensive about it, but later I agreed. The concept is something that I have always dreamed of. It is about a solo bike rider, who deals with a breakup like a boss! She takes a  trip to the hills, meets new people, sees new places — sort of a self-discovery.”

Even though she deems herself as a good biker and someone who’s blessed with athletic skills, Vyishali found it quite difficult to shoot for the video.

“On many of the roads, the barricades weren’t there. We shot in forests, and high peaks. While the video makes it look all beautiful, it was quite a task.” The song was shot in and around Chikmaglur and a Royal Enfield Himalayan Rider has been used. “The terrain is quite tricky. For one shot, I had to ride fast, and I did not notice a ditch — and the bike happened to fly in the air for a few seconds! I thought that was the end, but I survived,” she recounts.

Vyishali is all praise for her crew, especially her director Nikita Ganesan. “It is her first project as well. She has taken great effort, and she has executed it very well. The crew was extremely professional,” she says. “The video will talk about a woman’s confidence. In the song, my character starts off very depressed, but by the end of the trip, she realises that she doesn’t need anyone around her to keep her happy,” she adds.

Vyishali, who is currently pursuing her MA in Communication at MOP Vaishnav College, says that she is currently exploring career options. “I have reduced participating in many tournaments. The politics in the game just takes away all my hard work. I am using the time now to experiment with what I like to do, and my parents have always stood by me in whatever I do,” she concludes.