With multiple surveys naming India as one of the most racist countries in the world. 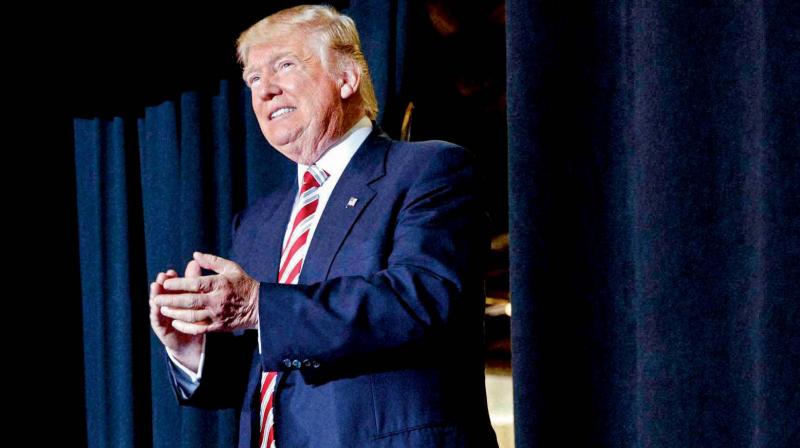 For weeks, our social media feeds have been filled with posts — from Indians, too — about the rise in outright sexism, misogyny and racism in the US, thanks to Donald Trump’s impending presidency. But you don’t need to look any further than outside your front door to see those same issues plaguing our own nation.

At least two surveys (The Washington Post, Insider Monkey) have India ranked as one of the most racist countries in the world, with a large number of the surveys’ Indian respondents (Post: 43.5 per cent) saying that they would rather not live next to someone of a different race.

Those numbers turned to reality just a few days ago when Indian cricketers Pragyan Ojha and Ashok Dinda, Bengal teammates for the Ranji trophy, got into an  altercation at a practise session. Playing a football match, Dinda kicked a ball that whizzed just past Ojha’s ears, who could have been seriously hurt. When Ojha called him out for it, Dinda responded not just physically, but by calling Ojha an outsider, referring to the fact that he had moved there from Hyderabad.

And it’s not just differences in communities; recently, actress Tannishtha Chatterjee walked out of a comedy show after she was subject to jokes about her darker skin tone. In a Facebook post, the actress had written at the time, “It began with ‘aap ko jamun bahut pasand honge zaroor… kitna jamun khaya aapne bachpan se?’ The only thing they could roast a dark-skinned actress about was, of course, the tone of her skin. They could identify me only with that.”

Nineteen-year-old Shirley Prathyusha, a student, whose post about discrimination against her skin colour went viral on Facebook earlier this year, says, “When you’re a brown-skinned girl, it’s hard to prove yourself when people value you for your skin colour. When they look at you, they instantly judge you for not being literate enough, talented or interesting enough to interact with them. I was once asked by my school teacher to not participate in one of the dances, I obviously knew why. And now, I’m asked to participate in most of the dances in few of the events, because people know I can dance well.”

Indians hailing from the North East, and African nationals arguably face the worst form of discrimination in the country. From the number of fatal incidents involving nationals of African countries, to 2012’s mass exodus of North East Indians from major metros around the country, it’s clear that the issue is well rooted in our society and cuts across economic boundaries. Just earlier this year, Masonda Ketada Olivier from Congo, was fatally hit on the head with a stone over a dispute about hiring an autorickshaw in New Delhi, prompting the African community in the country to voice their concerns about their safety and quality.

Like the adage goes, cleanliness begins at home. Shouldn’t we be looking to do the same?

When Trump won the US elections, Varma went on a vile, racist and sexist Twitter rant about the Obamas, even going as far as saying “Obama’s and Michelle Obama’s faces must have turned blacker than this with today’s trumping result (sic)”.

Telugu TV show Bathuku Jatka Bandi recently had its host Geetha slur homophobic statements at an LGBTQ couple, saying that she would hit them with her slippers and suggested they could become “normal”.

On the show Comedy Nights Bachao, the Parched actress was subjected to jokes about her dark skin tone, with the hosts suggesting she had eaten kaala jaamuns all her life, asking her, “kitna jamun khaya aapne bachpan se?”

The Raaz star was once allegedly called “kaali billi” by actress Kareena Kapoor, while the two had a fight on the sets of their film Ajnabee.

Meiyang Chang, actor and TV host
I’ve spent my first seven years in Dhanbad, Jharkhand after which I was put in a boarding school. Kids wouldn’t play with me or associate with me. I want to believe that kids don’t know right from wrong, but how is it that it came so naturally to children? Where is this aversion coming from? Clearly we as a society are at fault.

Prashansa Gurung, photographer
I am originally from Darjeeling and I faced racism there, too, for my dark skin. When I shifted to Delhi to pursue my graduation, I thought that the situation would change, but I was wrong. People call us names like ‘Chinky’, ‘Momo’, ‘`100’ (slang given to North Eastern women, who make for cheaper sex workers). I think our education system has failed us. There is a lack of information, and these changes could help people be sensitive about racism.

Nikita Sarmah, writer
Even in a metro like Mumbai, whenever I say that I am from Assam, I get responses like ‘Where is this place?’, ‘Oh! Can’t tell you are from Assam by looking at you.’ Or the classic, ‘Do you eat dogs?’ The only way I choose to deal with it is by showing compassion towards others and enlightening them with facts.

— With inputs from Aarti Bhanushali and Julie Sam