On Children’s Day, celebs recall their favourite childhood memories that still put a smile on their face. 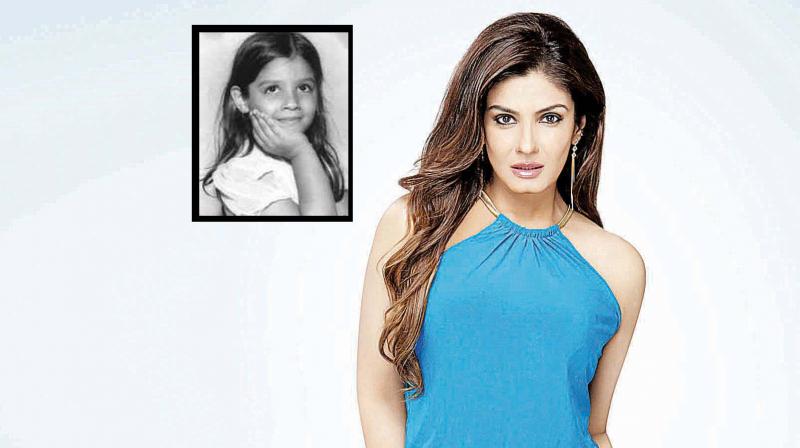 There are those beautiful moments and fond memories of childhood that hold a very special place in our hearts even years later. on Children’s Day, celebs recall their favourite childhood memories that still put a smile on their face.

Hard Kaur, Singer
One of my favourite childhood memories would have to be going to watch a circus that was in town. I was only seven or eight years old and I fell in love with all the artistes and their incredible acrobatics and crazy costumes. It took me to another world. It probably has some sort of influence on me and my performances I guess but it was definitely like a dream.

Shama Sikander, Actress
I remember as a child I was very flamboyant. I was always treated like a boy. In a place like Rajasthan, it can be difficult but my father always gave me that privilege. I feel blessed. My mother would send me to get something from the market and I would completely forget about it and instead start playing. I was always out playing with boys. So some or the other family member had to find me, pull me by my ears and bring me home. I would also be jumping aroud all the time, and look up and walk which meant I kept falling. I always had scars on my knees, which I proudly show off now. I  was also a very religious child, I used to pray five times a day. Eventually I became very spiritual. I hated school and started working at a very early age, so somehow I lost my childhood. After I was 12, I just wanted to work hard and earn and give a luxurious life to my family.

Sophie Choudry, VJ, Singer
Even though I was born and brought up in London, I was a fully filmi bachcha, forever singing and dancing on Bollywood songs. As a kid, it was all about Mithunda and Govinda. In fact, I used to think I was a little Bollywood ballerina and I would make my best friend, also a girl, pretend to be Govinda so we could enact the songs! She didn’t even like Bollywood that much but I would make her wear shiny disco pants and shirts and I would wear the pretty dresses. I’m surprised my best friend didn’t kill me! In fact, as kids one of our most exciting moments was meeting Mithunda when he was in London. We waited a couple of hours in a hotel lobby and got taken up to his suite. My friend was so excited she almost broke the camera when she dropped it. Of course, the best part of this story is that years later when she got married, I enlarged the photo of her, me and Mithunda and gifted it to her in front of her husband. That’s when she nearly did kill me. Hahaha!

Raveen Tandona, Actress
“I was born and brought up with dogs in the house so I feel they are the biggest stress busters. I used to collect coins when I was a child, which I have stopped doing now. But I continued collecting books and music from all parts of the world and I still do. It is still my hobby and I have an eclectic collection of books and movies. I feel pets teach children the cycle of life and looking after pets is itself a big responsibility. It automatically instills responsibility in children at a very early stage in life if they grow around pets.”

Saumya Tandon, Actress
I  was a very sensitive child. I don’t remember playing with dolls. When I was six, I was very attached to our servant’s family. They were a part of my family right from when I was born. In my neighbourhood lived a family whose eldest son was a pilot and was very fond of me. He used to bring me chocolates and toys whenever he used to travel abroad and used to play my favourite song on his big music system. He was getting married and I was very excited to attend my favourite bhaiya’s wedding, I had a lovely dress which I was supposed to wear for his wedding function. The same evening as we were all preparing to go for his wedding, the servant in our outhouse died. I was shocked to see his wife and kid weeping and couldn’t understand why someone should leave the world and not come back ever. It was a tragic day for us and a happy day for my bhaiya, I was so confused about what life is all about. I couldn’t decide if I should go to the wedding, that’s when I wrote my first lines. The poems I wrote between the age of six to 16 were published as a book. It was nominated for awards later.”

Sana Khan, Actress
I cherish my summer vacations the most as I used to visit my khala (masi) in Vadodara, Gujarat. That was the only time I could play outside. As I was at my masi’s place, I had the liberty to make many friends and play with them as they lived in a bungalow. Back in Mumbai we used to live in a flat, so it was difficult for me to go out. I loved climbing trees and plucking raw mangoes. Talking in Gujarati was also my favourite thing. I could enjoy the local food. Dhokla still happens to be my most favourite snack. I used to wear lehenga-choli in Gujarati style and play with cows and feed them rotis. I used to sing songs to them as well. Now when I go there, my masi’s neighbours remind me of all the stupid things I used to do. Now I realise how precious those days were. I am still in touch with all my friends from Gujarat.

Sandeepa Dhar, TV Actress
Summer vacations were great in my childhood. I would go to my nani’s place in Delhi. I did my schooling in Bengaluru, so we all would go to Delhi for summer vacations. I have a lot of cousins in Delhi, and we all used to meet once a year. It was a time when we used to get together and my nani would cook for all of us and she is a brilliant cook. There was a mango pickle that we used to love, we would play cricket, lagori, tag and many other games. As children we didn’t even care about the heat. The month just flew amid all that fun.

Gautam Rode, Actor
As a child I took great interest in athletics. I would always take part in the sports day activities and also went for zonal competitions. I used to participate in the 100 metre and 4x100 metre relay race. I fondly remember and cherish those days.

Mika Singh, Singer
As children we never realised we were making memories. We just knew we were having fun. But there are certain memories like my parents used to yell my name, they didn’t call me on my phone like children today are used to. If I didn’t eat what my mom cooked on a certain day, I skipped that day’s meal altogether. We used to play outside and not on mobile phones. These are a few of the delightful memories which I can just think of and smile.

Karanvir Sharma, TV Actor
The most cherished moments of my childhood would have to be my upbringing. And I don’t mean just my parents but also the colony and school friends I grew up with. Nobody can take away those precious moments, whether it be playing gulli cricket or having bunta cola or even sharing food with your best mates. Being raised in Mumbai,  one seldom gets to see or have more than a few friends who you could count on your fingertips. On the contrary, I am still In touch with most of my friends from my colony and school. In fact, we make an effort to still keep in touch which is a rarity with today’s youth.

Sai Tamhankar, Actress
I  was a pampered kid. I always followed the latest trends in clothes and gadgets. My father had amazing taste. I would make candles when I was in school. That was my favourite hobby. I was very close to my grandparents, they lovingly called me Sakharam. I loved my grandmother’s cooking and I miss it the most. What I learnt from all these memories was to hold on to my family, take part, be there and I still strive to do the same. From my father I learnt two most important things. He told me not to be ashamed of any work that comes my way and achieve everything without any jugaad.

Nitin Goswami, TV Actor
I was a prankster in school. I was active in sports as well. I used to like playing sports like cricket, football etc. and win matches. I was encouraged to play sports by my family and teachers. Those memories are still fresh in my mind. It was so much fun.

Simran Kaur, TV Actress
When I was 12 years old, I went for an audition and got selected as the voice for Nobita in the cartoon series Doraemon. That was the turning point of my life and the next day when I went to school, I received an all-rounder award and an academic achievement award from my school principal. It came as a surprise to me. And I felt thrilled and excited to see happiness and joy on my parents’ faces. That was truly the golden period of my childhood.