He recalled his attempt to sway Donald Trump when he visited Trump, who was then President-elect, at Trump Tower. 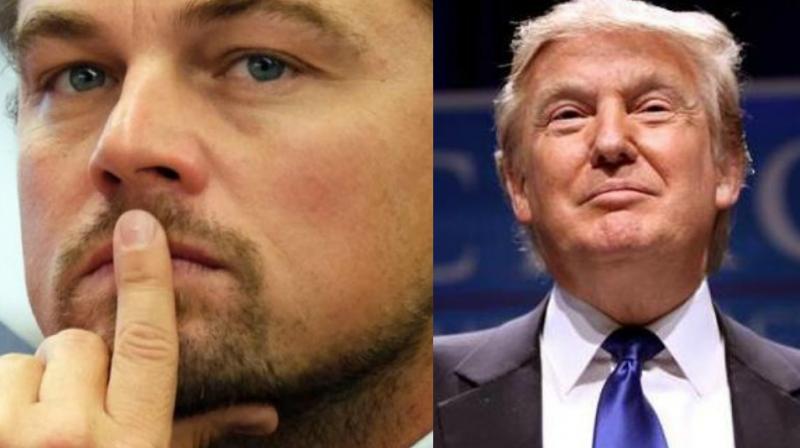 During the discussion at the Yale Climate Conference, he recalled his attempt to sway Donald Trump when he visited Trump, who was then President-elect, at Trump Tower, reports Entertainment Weekly.

He said, "We presented him with a comprehensive plan to tackle climate change, while also simultaneously harnessing the economic potential of green jobs. We talked about how the United States has the potential to lead the world in clean-energy manufacturing and research and development."

But all his efforts bit the dust as Trump subsequently shared that the U.S. would pull out of the Paris Agreement and appointed Scott Pruitt to lead the Environmental Protection Agency.

DiCaprio further shared, "We should not have people in office who do not believe in facts and truths and modern science that are able to manipulate and risk the entire future of this entire generation. We are at that turning point right now, and we are going to look back at this point in history, and frankly this administration, and certain people are going to be vilified for not taking action. They really are. And it's up to this generation, it's up to all of you to get involved and make a difference."

Trump's administration has taken numerous regressive actions regarding climate change and the environment.

The President has set out on the withdrawal of the United States from the Paris Climate Agreement, a global action on greenhouse gas emissions plan signed by 164 countries, and promoted climate change denier Scott Pruitt to head of the Environmental Protection Agency.

DiCaprio has been heavily involved in climate change activism since 1998, directing most of his philanthropy towards that cause.

Most recently, the actor produced a documentary called 'Before the Flood', which examines the impact of pollution on global warming.