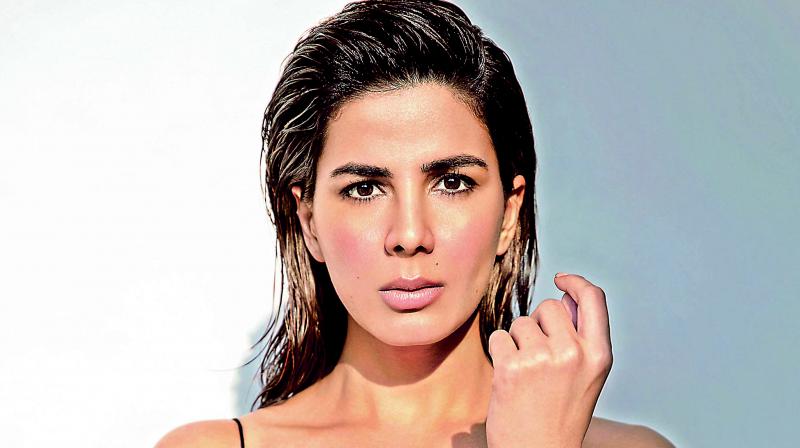 Kirti Kulhari has slowly but surely risen up the Bollywood ranks with her presence in super hit films such as 'Uri: The Surgical Strike' and 'Mission Mangal'. She now has the Hindi remake of 'The Girl on the Train' coming up, which is ready to release in May.

“I play a British cop, an investigating officer. My look is something that has never been seen before in Indian cinema. This role is super exciting and it’s going to be very thrilling as well,” the actress smiles, adding that she put her own twist on the character.

“I learned some kick boxing before I went on to the shoot, so as to bring in a little hardness and sharpness in my attitude as a cop,” she reveals.

Kirti has also made waves in the digital space with the Shah Rukh Khan-produced Bard of Blood for Netflix. However, she hasn’t met the Badshah of Bollywood yet. “I have yet not met Shah Rukh Khan, but I am hoping to see him. Jab milenge toh milenge (If it’s meant to be, it will be).”

This same laidback attitude has helped the actress through her career thus far. “I have stopped proving myself, I can only say that I am really happy with where I am. I may have felt, ‘I wish I would have got that film’ and ‘I wish I had got so much popularity,’ but when I look back, I feel my personal growth would only have happened through this kind of a journey. It has been wonderful,” she says before signing off.