On Republic Day, actress Nimrat Kaur talks about her love for the army and the true essence of patriotism. 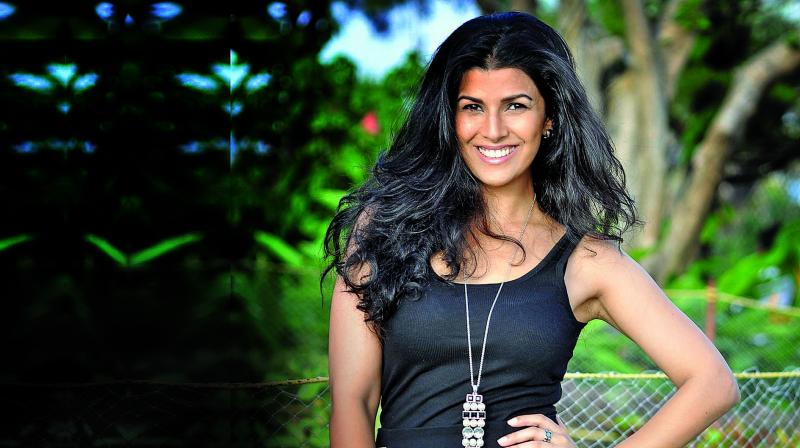 One of the most talented actors in the industry, Nimrat Kaur loves roles that challenge her, make her push her boundaries, and offer her depths and dimensions to explore. Adding yet another feather in her cap, she will next be seen playing a person preparing to be the first woman test case in a combat role in a web-series titled The Test Case. While the role demanded much hard work from her, she loved the experience. She talks about the character, her love for the army and the true meaning of patriotism on the occasion of Republic Day.

Talking about the hard work that went into prepping for the role, she says, “I love the army and anything related to it. The part, however, was extremely challenging. Many of the action scenes required special training. But it was a very fulfilling journey. It is something that I will always be grateful for. It was also one of the most wonderful experiences in my professional life.”

The Test Case celebrates the colour green. The show also has the tagline: ‘Green is the new colour of strength’. “Green for me is another colour in the tricolour. For me, it stands for the agricultural and economic development. Green for me also stands for the colour of the uniform of jawans in the Indian Army. This colour stands for celebration, legacy and truth,” she says, adding with a laugh, “It is also one of my favourite colours in the traffic light.”

The web series is very close to her heart, as a part of her childhood was spent in Army cantonments. Nimrat also lost her father while he was serving in the army. Did it impact her performance? She shares, “My father’s demise is not something that affects my professional life. I keep it separate. I, however, remember having the most wonderful time in several cantonments across the country.”

A significant part of Nimrat’s childhood was also spent in the Capital. Nimrat fondly recalls the Republic Day celebrations during her childhood. “We used to wake up early, have our breakfast and rush to the balcony or go to the terrace and wait for all the aircrafts to fly overhead. It was a huge occasion for us. The flag used to be hoisted, the National Anthem would be sung. It was great. I used to be very excited about the Republic Day parade and the colourful tableaux.”

But in a milieu of rising jingoistic nationalism, how does one work one’s way around days like these? “I don’t think the common people have anything to do with the jingoism,” she says, adding, “It is purely political and politically motivated. As citizens we only want peaceful democracy and hope for peace between different communities in India. Everyone should support each other and move in this direction. So, I don’t think this jingoism is originating at the micro level.”

Talking about Republic Day having become just another holiday that promotes pop-patriotism, she says, “I don’t feel there is anything wrong with doing typical things. As a citizen you are celebrating in a certain way and there is no harm in that. If someone is dressing in a certain way or putting online statuses and pics, it shouldn’t be a problem. It is also a way of showing one’s love and saying that we’re are proud of our nation.” Talking about what patriotism truly means to her, she says, “True patriotism for me, as an Indian citizen, is to be able to contribute to the society in any manner… anything that needs your contribution, it doesn’t have to be anything rigid. For me true patriotism means loving each other, embracing different cultures and different religions and letting each other flourish.”

While she loves the army and enjoyed the experience of preparing for a combat role in this show, she is not keen to walk this route anytime soon again. She says, “In the future, I wouldn’t do something like this as I wouldn’t want to repeat myself. But if I was not an actor, I would probably have tried to be in the army.”