The doctor-producer spoke briefly about the dinner gathering she attended with her daughter and the singer. 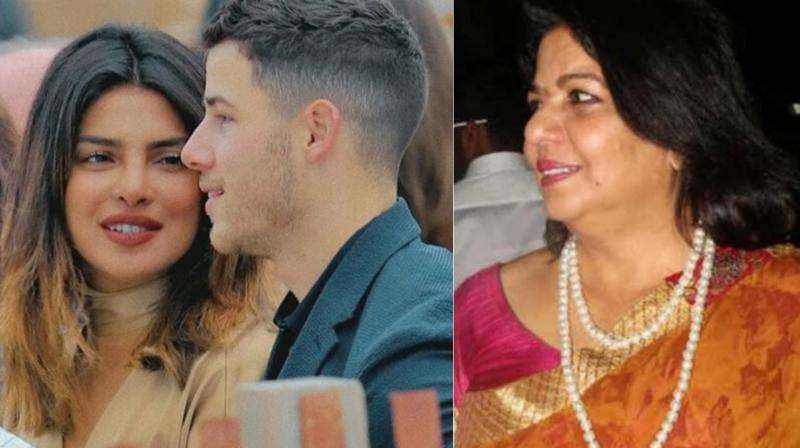 Mumbai: Things are getting serious and serious at a blistering pace for Priyanka Chopra and Nick Jonas.

It was just a few days ago since the two international artistes have been painting the town (in USA) red and within no time, talk of making it official and marriage are doing the rounds.

To make matters more interesting, the two have met each other’s families in the span of 10 days.

While Priyanka meeting his family at his cousin’s wedding was a big step in the relationship, it was convenient since she also stays in the country.

But Nick travelling more than 10 hours across continents to visit his ladylove’s country and family, might just be the biggest hint that theirs is not just a fling.

So the couple’s hand-in-hand entrance at a restaurant late Friday made headlines, and the actress’ mother Madhu Chopra and brother Siddharth was also present with them.

According to a report in Bombay Times, the duo entered at 11.15 pm, her mother and brother came few minutes later, and the dinner gathering went on till post midnight. Actress has hired four bodyguards for Nick due to the aggressive paparazzi, and they ensured there was nothing untoward, the report claimed.

Speculation of Priyanka bringing Nick to India to ‘introduce’ him to her mother has been doing the rounds.

That seems to have happened as a source told the daily. “Before leaving for the restaurant, Priyanka’s mother spent an hour or two chatting with Nick and her.”

So has the mom given her stamp of approval to her daughter’s choice?  When she was contacted, she told DNA, “We just went out for dinner where Nick was present. But it was a large group. There were 10-odd people, so I didn’t get the time to know him that well.”

Her reaction didn’t change much when probed further, “I’ve met him for the first time, so it’s too early to form an opinion.”

Peecee is reportedly set to throw a housewarming bash for her new pad, and it’d be interesting to see what some of the Bollywood stars have to say about Nick.