Priyanka and Nick, who have been romantically linked to each other ever since 2017 MET Gala, where they walked the red carpet together. 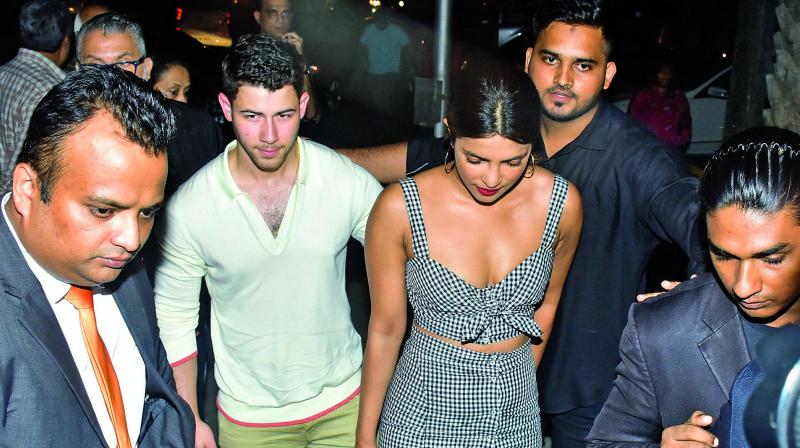 The two, after being spotted on various locations abroad, are now making the most of their time in India

Actress Priyanka Chopra, who has brought her rumoured boyfriend Nick Jonas to India, stepped out for a dinner date with the US-based singer. In some photographs surfaced online, the duo can be seen walking hand-in-hand during their low-key outing.

Priyanka and Nick, who have been romantically linked to each other ever since 2017 MET Gala, where they walked the red carpet together.

Fans of the two shared their photographs from the outing on social media showering their good wishes and appreciating Nick’s gesture to fly down to India. Not just that, Priyanka’s mother Dr Madhu Chopra was also present along with the couple. Earlier, Priyanka was seen smiling along with Nick as they left the former’s apartment. Priyanka’s brother Siddharth was also spotted leaving in his car, after the couple left.

Earlier this month, Priyanka was spotted at Nick’s cousin Rachel Tamburelli’s wedding in New Jersey. The duo spent time with Nick’s family at a brunch. Priyanka and Nick are yet to confirm their relationship.