Bajrang Dal members protested the setting up of a statue in Agra claiming to be illegal and tried to break it. 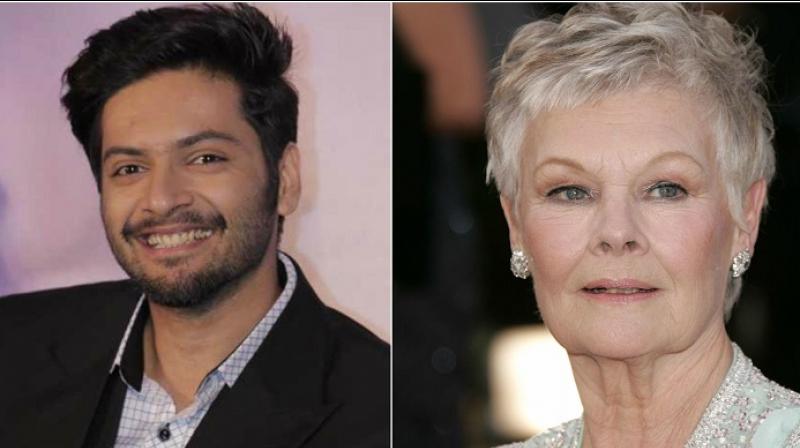 While Ali is just a few years in the industry, Judi Dench is a veteran in Hollywood films.

Ali Fazal is starring opposite Hollywood star Judi Dench in the interantional film ‘Victoria and Abdul’ and the pair had shot for the film in London, Scotland and Delhi.

However, a recent shoot in Agra was disrupted when right-wing activists created chaos on the sets. A statue of Queen Victoria was erected for one of the scenes in Mehtab Bagh and Bajrang Dal members protested it as they claimed that the statue was erected illegally.

The activists were keen on bringing down the statue but police intervention helped in averting the situation, reported Mid Day.

Ali says, "Our shoot was stalled for over three hours, as 50 angry men were running in all directions. The workers were adamant to break the statue, but the police intervened, just in time."

Fortunately, Dench was not required for the particular sequence in Agra.

The film is based on Shrabani Basu’s book ‘Victoria and Abdul: The True Story of the Queen’s Closet Confidant’ and is being directed by Stephen Frears.