Nostalgia on display at coin and stamp fair 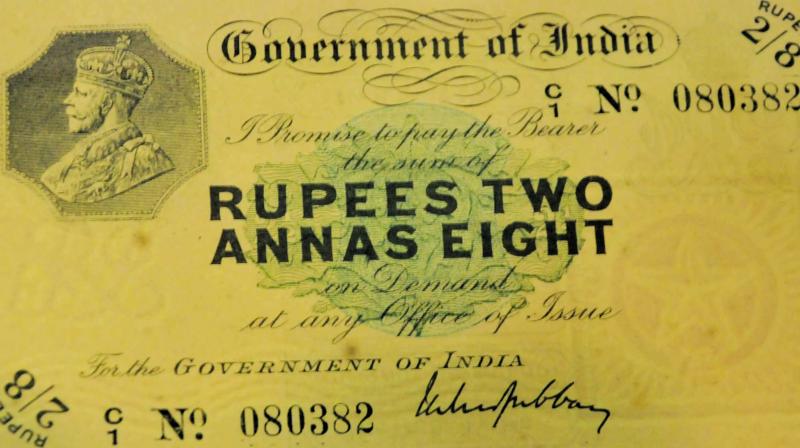 A one-and-a-half rupee note on display; A silver coin with a Swastika motif.

Have you ever looked at a 25 paise coin and remembered how it could fetch you a couple of boiled sweets? Nostalgia is an emotion synonymous with demonetised currency. And, that’s exactly what’s on display at the ongoing 27th edition of Shukla Day Coin and Stamp Fair, considered the largest such event in the country, at the World Trade Centre. You can feast your eyes and jog your memory with the vintage items on display, which include notes, coins and stamps, spread over 100 stalls. Every year, the Shukla Day Coin and Stamp Fair is held in memory of renowned numismatist S.M. Shukla and his humongous contribution to the world of Indian numismatics.

While some might find collecting old currency a waste of time and money, for people like Malcolm Todywalla, organiser of the exhibition, it is all about updating oneself on history. “The currency depicts our economic background and we seemed to have been far more advanced then. Our kingdoms were flourishing,” says Malcolm. He believes the old days were better than today as the coins were made of gold and silver at the time. What about stamps then? “Stamps, too, have historical significance. Certain stamps are among the rarest, while some were called off over printing errors,” he says. 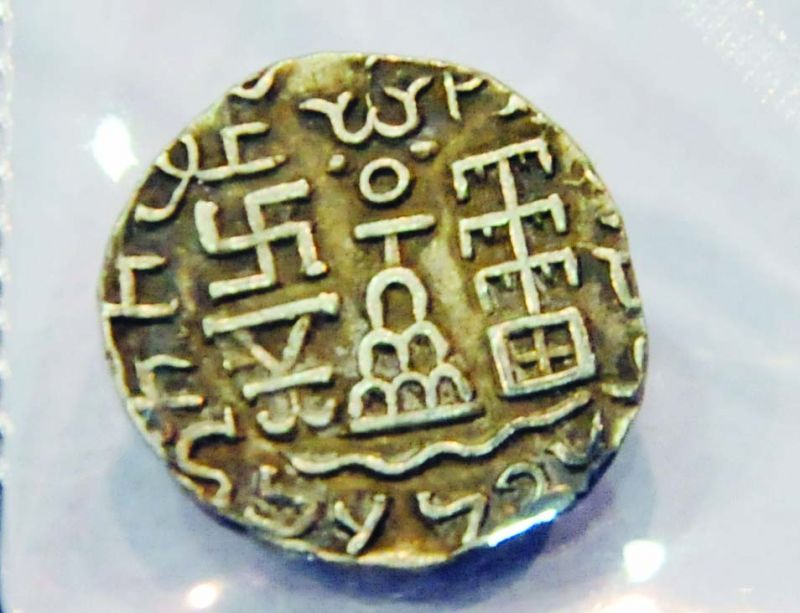 A silver coin with a Swastika motif.

Though the exhibition brings buyers and sellers on one platform for the auction of their exceptional wares and deals can sometimes work into lakhs, currency collectors do not contribute in the current market. “It’s a small market and it is more about a hobby than a business. New collectors are buying and selling, so the market continues to flow, but to remain in this market, one should have the financial resources to splurge on something that only fulfill a desire.”

With this 27th edition, 29-year-old Malcolm aspires to build awareness among youngsters. He also recommends the online old currency buying portal Mintage World Museum that offers a range of coins and notes from 31 different countries. “Now, people do not have to wait for such exhibitions and can buy what they want online.”

The expo showcases 16th century gold and silver hoan (coins) showered on Chhatrapati Shivaji during his coronation. Silver and gold coins dating back to 335 to

380 CE are also available for visitors to see and will later be auctioned. Old Indiancoins, replete with motifs of gods, and silver and gold coins from the era of Akbar, Jehangir and Shah Jahan are also on display. 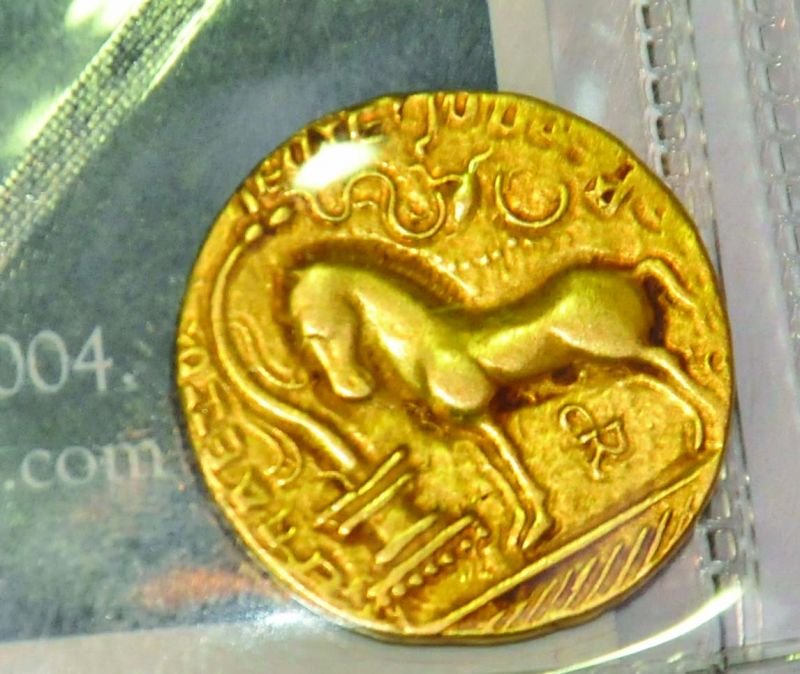 Apart from coins, notes from the British era, including half-a-rupee notes are on display alongside the oversized Rs 1,000 note demonetised by the Morarji Desai government in 1978.