Apoorva feels that Shradha Kapoor has done justice to the role. 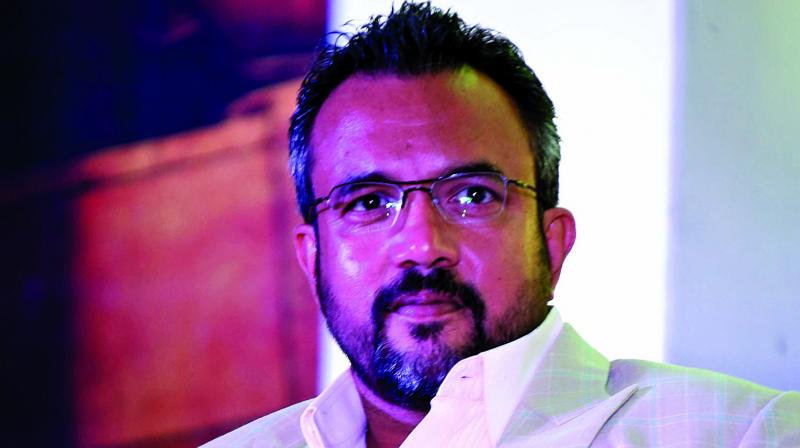 Despite having been a filmmaker at the helm of seven films — including the upcoming Haseena — it is not just filmmaking itself but the pull of telling stories around Mumbai that actually works for the Apoorva Lakhia, he confesses.

Looking back at some of the stories that interested him, especially around the underworld dons, he says, “I am keen to explore stories related to Mumbai. I arrived in Mumbai in 1999, and at that time I noticed the comings and goings between the underworld and Bollywood. Artistes would sit with Dawood Ibrahim and watch cricket matches played in Dubai. The actors as well the technicians would attend and celebrate his birthday at his residence too. These Bollywood stars also danced on all such occasions that Dawood celebrated.”

Though undeniably intrigued by it all, Apoorva did not want to make a film on Dawood. He cites that too much has been told about the underworld big-shot for there to be anything new. Hence he dug deeper to find a more meaningful story. “I was also asked to direct a film on Dawood. But I refused to take up this film because Dawood’s story has been done to death, in my opinion. Later, I heard a story on Dawood’s childhood.This tale appealed to me. At this point in time, I met Haseena Parkar. I told her that her story seemed more interesting and challenging to me. But she was initially not ready to allow me to narrate her story on the celluloid. I met her after some time and she agreed upon the script,” he explains.

It took 24 drafts for the script to finally take shape. “This story has a lot of emotional side to it. Thus it took me almost one year to collect and draft the script exactly. My film is not at all anyway a showreel or a resume on Dawood’s family. I am trying to portray the correct incidents that I have got from the close aide of Haseena,” he adds.

Apoorva feels that Shradha Kapoor has done justice to the role. “Shraddha had to pull off the role of a pregnant woman in part of the film and she would watch pregnancy videos just to ensure the authenticity of her acting. She has done a stellar job in the film,” he gushes.