VIP 2 movie review: What a waste of colossal talent!

It isn’t merely the lack of any substance in her high profile business honcho that’s disappointing. 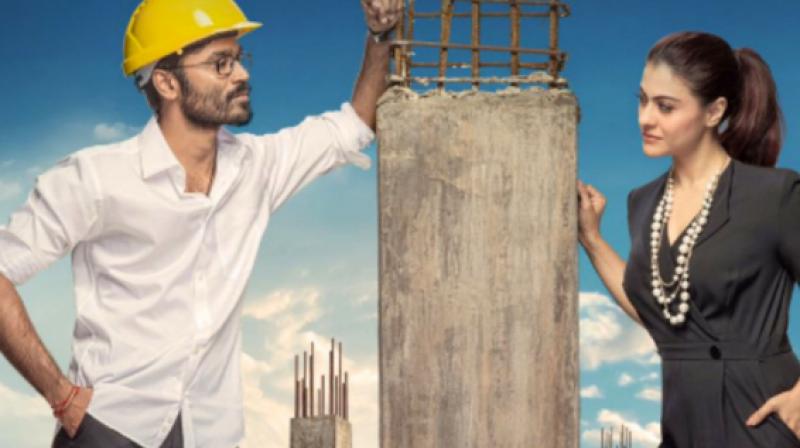 Does the presence of stars who also happen to be actors give us enough reason to watch a 129 minute film? VIP 2 certainly doesn’t. It is still a joyride for viewers if there is an appealing storyline that keeps them hooked. But the Dhanush and Kajol starrer VIP2 Lalkar meanders its way into such silliness right from its opening scene that one wonders what gave the filmmaker (Soundarya Rajnikanth) the idea to go ahead with it. Was it made only for Dhanush? Or for Kajol fans?

Taking off from where its prequel  VIP had ended, the film opens with engineer Raghuvaran (Dhanush) winning the Engineer of the Year Award working for Anitha Constructions and is an executive now with a parking spot. His authoritative wife Shalini (Amala Paul) is the usual nagging woman who seems to dominate the entire household, and even controls him.

A somewhat chauvinistic Raghuvaran who doesn’t want her to take up a job, plays second fiddle to her as he returns home from work sizzled every day.

Vasudhara (Kajol) on the other hand, is a chairman of a big construction company in South India, and makes Raghuvaran a job offer, which he refuses. Obviously, this offends her and decides to avenge her insult of getting rejected by him, and places one obstacle after another for him to encounter, and lose his worth in the bargain. And, from there on, begins their love-hate saga that is puerile uninspiring and lifeless that doesn’t leave any cliché unexplored.

Dhanush has a following that, perhaps, his sister-in-law Soundarya thought of capitalising on. His rustic boyish charm is something one has seen in his earlier films but even some of his loyalist fans would find it difficult to sit through the film.  While relying on his star status, director throws in enough family drama to ensure his audience gets to accept him as their very own.

The key role lead players thus, follow stereotypes as the hero being middle-class and a do-gooder braveheart; the female lead, a rich haughty misbehaved brat. And so, Kajol, who rarely gives her nod to any film, is a one-note spoilt girl, who is typified as a rich and successful young woman, and hence, arrogant and rude too.

It isn’t merely the lack of any substance in her high profile business honcho that’s disappointing. Her sartorial sense, instead of making her look sophisticated, is unmatched as she struggles to get into elegant suits. Add to it, are her uneven patchy makeup and over-the-top expressions that give her no opportunity to remind us of the great performances she has delivered in the past.

To be fair to the lead stars, it isn’t that they don’t try; it’s the absence of any sensible collaboration between the two that borders on the wearisome interaction that kills our interest. That too, by using the highest jarring decibel levels.  I would have loved these two contrasting people to cross each other’s paths and engage with their oddities stacked against them. But all they do is show their strength in an asinine game of one-upmanship that rambles for lack of any plot.

The end result? An onslaught on your senses!