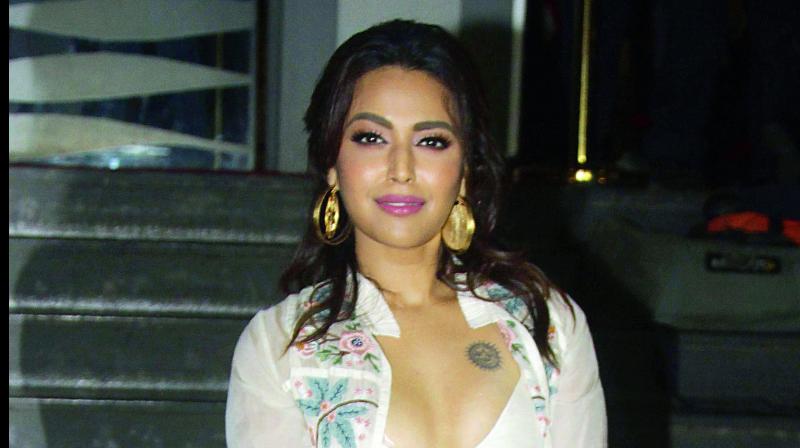 Actor Kirti Kulhari, who is currently basking in the success of the second season of Four More Shots Please! has an interesting line-up of projects.

While she is waiting for the shoots to resume, she took to social media and shared a picture of herself dubbing for an upcoming film Shadistan (tentatively titled), directed by Raj Singh Chaudhary.

The Pink actress will be seen essaying the role of a musician in the said film. “I am never this happy about dubbing, but I actually felt happy about when I was called to dub. The fact that the project is quite close to completion and it’s going to be out soon,” says the actress.

Swara Bhasker is also embracing the new normal and recently dubbed for her upcoming shows keeping the safety and hygiene measures her priority.

“I’m dubbing for two shows. One is called Flesh for Eros Now. The other show which I just wrapped shooting for before lockdown awaits an official announcement.” The actress who travelled to Delhi with her pets a few weeks ago is using a studio in the capital to wrap her work.

“Since I’m in Delhi at the moment with my family, I am dubbing in a studio near my house. The directors and sound designers of the show are in Mumbai monitoring the dubbing online and remotely,” she says.

The actress says, she took all the precautionary measures while dubbing.
“I am very careful about not contracting the virus not just for myself but also because I don’t want my parents to get it. I work in a very controlled environment and don’t touch anything in the studio. I carry my own coffee and water. I keep my mask and gloves on till everything is sanitised and I have to start dubbing. The headphones I use are new, personal and only I touch them,” she says adding that even the recording room is sanitised before every session.

Even Tiger Shroff decided to get to the dubbing studio on Wednesday. The actor seems to have gotten into the mood for work now, especially with his fans demanding more and more action from him.

Tiger has to begin work on both Heropanti 2 as well as Rambo once lockdown opens. Both these films will start pre-production once the bound scripts are ready.