The actresses are reportedly trying to show their supremacy over each other in international popularity. 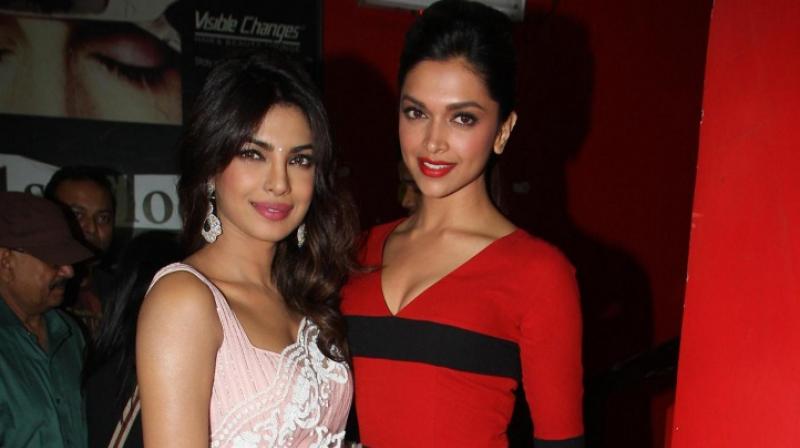 Priyanka and Deepika snapped during an event.

Mumbai: There have been reports that Priyanka Chopra and Deepika Padukone, who shared screen space in 'Bajirao Mastani', have been trying to show their supremacy over each other in international popularity with their respective projects, though the actresses have denied reports of a rift between each other.

When Priyanka made it to Hollywood as the protagonist of the immensely popular TV show, 'Quantico,'  following it up with a starring role in the reel adaptation of popular 90's TV show, 'Baywatch,' she had announced that she had arrived in the West, and with a bang.

The American television, enamoured by their exotic charm and their commendable screen presence, embraced them whole-heartedly.

This was later followed by appearances on a variety of chat shows like 'The Ellen DeGeneres Show', 'The Late Late Show' etc.

However, their respective interactions and demeanours were diametrically different and in stark contrast of each other.

While Priyanka, was all sass and punk across her sessions, with her amiably unabashed humour and goofy revelry winning the audiences and hosts over.

Au contraire, Deepika was reticent and introverted, measuring every word of hers with much premeditation. However, the actress's demure nature did win her ample brownie points.

What can be more satisfying than two of our best actresses winning hearts globally without pretending to be anything or anyone they aren't!