The CM congratulated Anand for his undying efforts and dedication in shaping the future of a number of students. 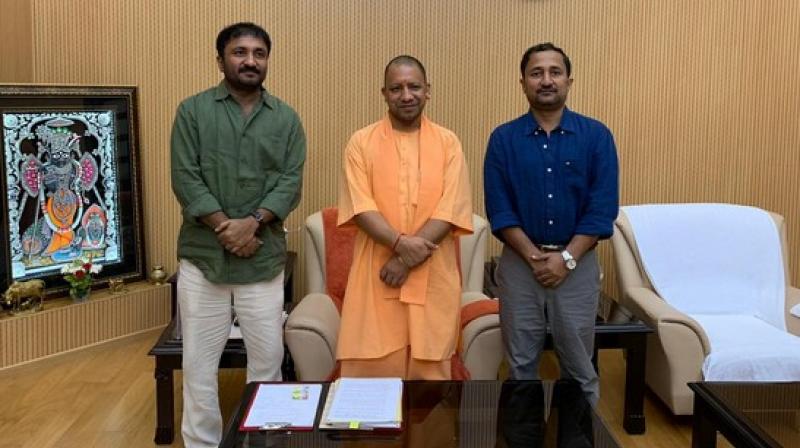 Lucknow: Anand Kumar, the man behind the story of 'Super 30', met Uttar Pradesh Chief Minister Yogi Adityanath recently and requested him to declare the film tax free in the state.

The CM congratulated Anand for his undying efforts and dedication in shaping the future of a number of students. During his meet with the CM, Anand requested the chief to make the film tax-free in the state.

'Super 30' has already been declared tax-free in two Indian states- Bihar and Rajasthan. People in Bihar were able to buy tax-free tickets from July 16, while the Rajasthan government announced the decision on Thursday.

The announcement was made by the Rajasthan's CM Ashok Gehlot, who called 'Super 30' an "inspiration" and an "excellent example of exceptional willpower and determination."

The film chronicles the life story of Anand Kumar (Hrithik), an Indian mathematician's journey from tutoring rich children in a top coaching centre to opening an institute of his own in order to teach the underprivileged children.

The film, which opened to mixed reviews, has performed remarkably well during its opening weekend and crossed the Rs 70 crore at the domestic box office, as per the collections recorded on Wednesday.