Would love to work in regional films, says Parineeti Chopra

It has been almost a decade in the industry for Parineeti who made her debut with Ladies vs Ricky Bahl in 2011. 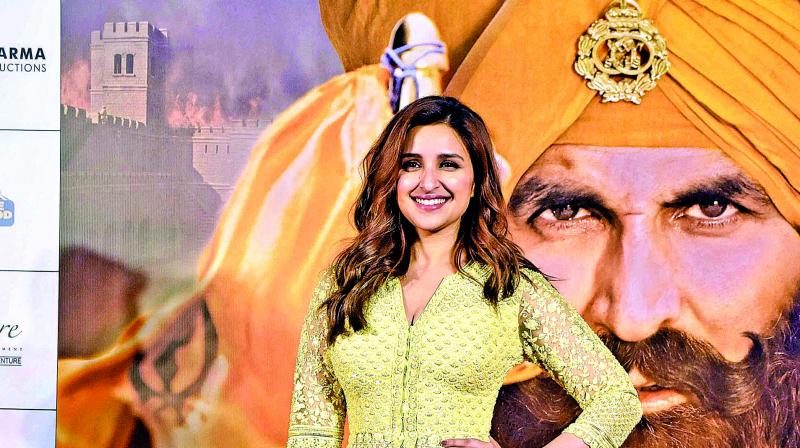 Despite her relatively smaller role in Kesari, Parineeti Chopra is excited to be a part of the film on the Battle of Saragarhi. The actress, who is Punjabi by roots, is seen donning a Punjabi avatar. Interestingly, her last film Namaste England also saw her in a similar avatar.

When the actress was asked if she enjoys playing a Punjabi character on screen, she immediately responds saying that she is Punjabi by heart and would even love to do a Punjabi film.

“I think I like the culture. I am a Punjabi at heart although I grew up in London and Kenya. I want to speak and perform in Punjabi now as my roots are Punjabi. I would love to do a Punjabi film. I am looking for a good script,” she says and further adds that she would actually love to explore the regional cinema across the country. “I actually don’t care about the language. I love acting so much that I want to work in regional films. I would love to do Marathi cinema because they are so advanced and forward thinking and it’s a quality cinema but I can’t speak Marathi. I will have to learn the
language and will work hard for it. We adapt so many films in Hindi, it will be an honour to do a Marathi film.”

So, is she open to do films in the South as well? “I wanted to do films in South but couldn’t do them because of time commitment. It was clashing and I had to miss those films,” she says and adds, “It has to be a good film to lure me away from Bollywood.”

It has been almost a decade in the industry for Parineeti who made her debut with Ladies vs Ricky Bahl in 2011. Times have changed and so has content and now, we see more women-oriented cinema. When Parineeti was asked how she sees this change and if she is content with her journey so far, the actress says that she doesn’t understand the term ‘women-oriented’ film and feels  these terms are demeaning to women.

“I try to give equality to women. So, I don’t like the terms such as ‘women-oriented’. It’s not in my vocabulary. You don’t say this to men. I have been content and there’s a great selection of work. I am content in my personal life as well as I am enjoying strong health. All this makes me feel great. And, I am in the best phase of my life today. I have never been more content in life,” says Parineeti.

In these years, while Parineeti has come out of the tag of being Priyanka Chopra’s sister, she continues to be a Yash Raj actress. Commenting on the same, Parineeti says, “Yes, I came out of the tag of ‘Priyanka's sister’ immediately after my film ‘Ishaqzaade’. With regards to the ‘Yash Raj’ tag, I don't want to be away from it because I became popular only after I did films with that banner.”