Lata Mangeshkar, who has performed at the Wembley for many concerts, is distressed to hear of this. 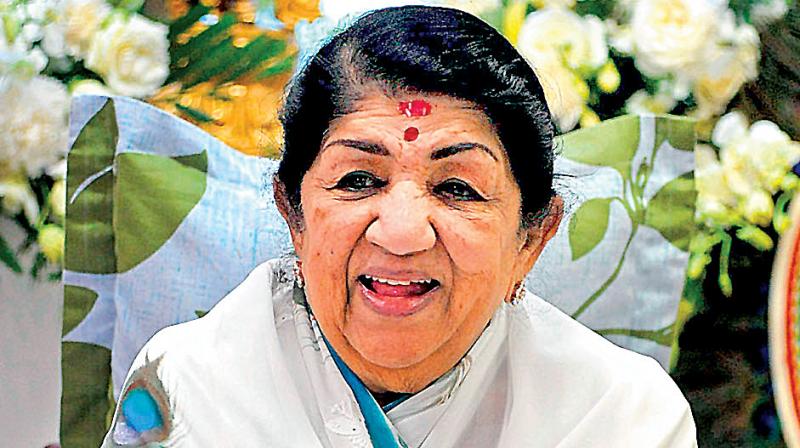 A R Rahman seems to have riled a section of his audience in London by singing in Tamil at a concert at the Wembley stadium. Lata Mangeshkar,  who has performed at the Wembley for many concerts, is distressed to hear of this.

“Since when have our concert audiences become so intolerant? In my experience of 70 years, I’ve sung songs in almost every regional language on stage, including Punjabi, Bengali and even Dogri. The audience back then loved hearing songs in every Indian language,” recalls Lata.

The Melody Queen feels music has no language. “Many of Rahmanji’s most memorable songs are in Tamil. And they’ve later been translated into Hindi. Both the versions were equally popular. So many of my Hindi songs initially were composed by  Hemant  Kumar and Salil Chowdhary in Bengali. The Bangla version of Salilda’s Na jiya lage na (from  the film Anand) and O  Sajna,  barkha  bahaar ayi (Parakh) was as much in demand at my live concerts abroad as they were in Hindi.”

Lata finds signs of intolerance growing into music. “This is not a healthy development. I’ve sung a beautiful Hindi-Malayalam fusion song Jiya Jale composed by  Rahmanji in Mani Ratnamji’s  Dil Se. The Malayalam portions added so much to the song.”

In her long and illustrious career, Lata has sung in 38 Indian regional and international languages. She even sang in English once. It was the Canadian Country singer Anne Murray’s ballad You Needed Me.