I wish I could meet Haseena Parkar, says Shraddha Kapoor

The Apoorva Lakhia directorial, based on Dawood Ibrahim and his infamous sister also stars Siddhanth Kapoor. 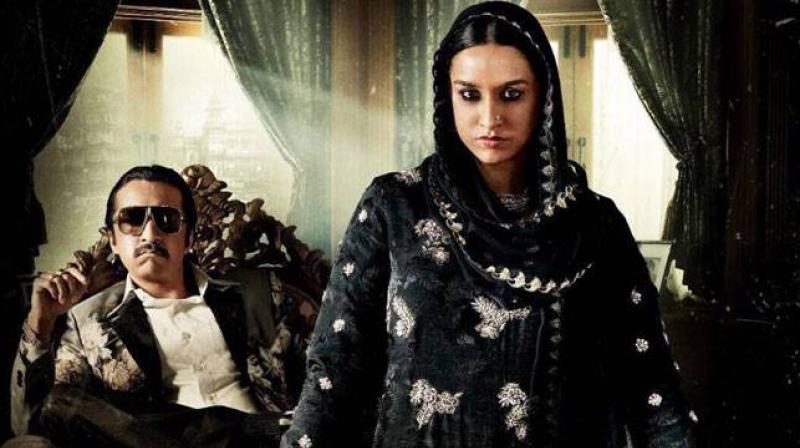 Shraddha Kapoor with brother Siddhanth Kapoor in the intriguing poster of 'Haseena Parkar'.

Mumbai: The girl-next-door, who only did films of the romantic genre, was the beautiful Shraddha Kapoor's image.

However, with her next outing, this conception about Shraddha will be broken. Her brave attempt in Apoorva Lakhia's directorial ‘Haseena Parkar,’ where she portrays the character of Haseena, the infamous sister of Mumbai’s gangster Dawood Ibrahim can be called as one of her career’s challenging role yet. Shraddha has displayed immeasurable acting skills and has performed this demanding character exceedingly well.

Shraddha looked quite elated with the response she’s been receiving for the teaser and now the trailer. She said no words could describe her journey throughout this film. The actress had to gain immense weight to portray a 17-year-old girl to a 40s character, and is now working immensely to shed those extra kilos.

Ask her if she’s met the real Queen of Mumbai- Haseena and the actress states that she has never met her personally.

“I wish I could meet her and imbibe those characteristics in my performance through my character, but director Apoorva Lakhia has met her several times, he explained her character to me” said Shraddha and this is how she got the nuances correct.

Also she added that this role was so taxing that it left a huge impact on her. While she was shooting for this film, she was simultaneously dubbing for her film ‘Half Girlfriend’ with Arjun Kapoor, but was asked by director of this film Mohit Suri to leave the dubbing session and return back home.

It was the interference of her desi tone, which she used for ‘Haseena Parkar’ with ‘Half Girlfriend’s Riya Somani.