Fingers crossed and full of hope

Zarina Wahab feels there’s light at the end of the tunnel for her son Sooraj Pancholi who’s currently on trial. 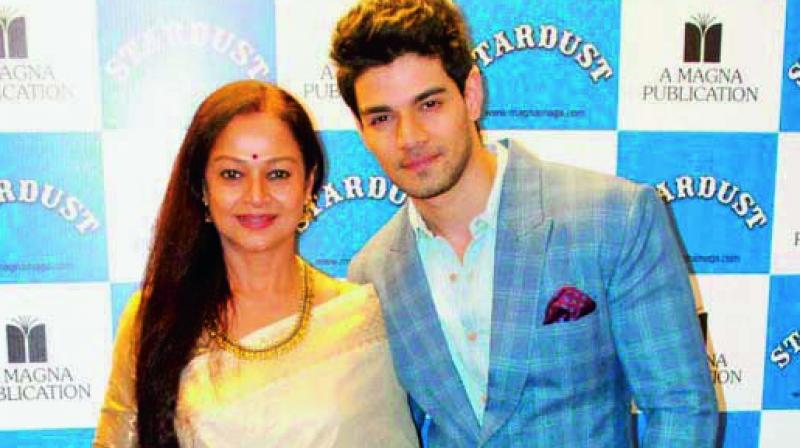 After dragging on for years, a court is finally hearing Sooraj Pancholi’s trial in the Jiah Khan suicide case. The actor’s mother Zarina Wahab has been by her son’s side all along and is relieved that the trial has finally begun.

“Jab tak trial nahin hoga yeh kaise saabit hoga ke mera beta begunaah hai (until a trial how would my son’s innocence be proved)? These accusations have been going on for years now. Our family is fed up. My son has forgotten to smile. And where is Jiah’s mother Rabiya? She was not in the court when the trial began. The person who has put my son in the dock was missing at the trial... strange,” says Zarina, trying hard to hide her grief.

Her frustration is evident when she says, “Rabiya insists on dragging this matter on. Jiah’s soul can never rest until her mother stops chasing imaginary crimes in the hope of getting justice for her daughter. As a mother I understand her grief and sympathise with her. After all this is over, I will forgive her, but God won’t,” says Zarina.

Tired of the rigmarole, she says, “I play a lawyer in a new film. For the first time I understand what it means to have a long court case happening in your life. It ruins the family’s peace of mind and makes a dent in their finances. Fortunately we have the resources to hire the lawyer to prove my son’s innocence. What happens to those innocent people who can’t afford  legal help?”

On a brighter note, Zarina says she saw her best friend’s son’s new film. “Yes, I have seen Padmaavat twice. As you know, I live in the same building as Sanjay Bhansali and his mother is my closest friend. They invite me for all his films.”