Entertainment   Bollywood  13 Oct 2017  Someone has to put an end to her lies: After legal notice, Aditya to file defamation case against Kangana
Entertainment, Bollywood

Someone has to put an end to her lies: After legal notice, Aditya to file defamation case against Kangana

Following unsatisfactory responses from Kangana and her sister to the legal notices, he has hence decided to file a defamation case on her. 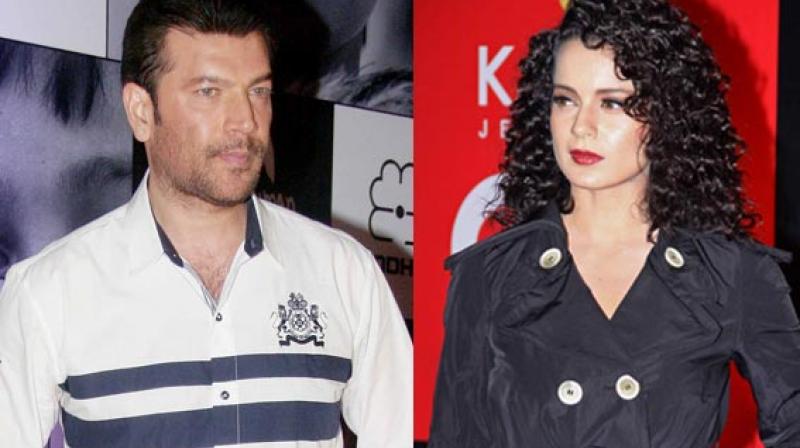 Aditya Pancholi and Kangana Ranaut's were dating each other before the latter joined Bollywood.

Mumbai: Hrithik Roshan made the world take notice to him by breaking his silence on his row with Kangana Ranaut last week.

In one of the most eventful weeks when the former went on a spree of TV interviews and social media posts, with some of his actor-friends also coming out in his support.

While Hrithik had remained mum all this while on Kangana Ranaut’s sensational TV interview during ‘Simran’ promotions, which had resurrected the controversy, Aditya Pancholi and his actor wife Zarina Wahab had immediately reacted to some of her controversial claims against the actress at the time.

Kangana had stated that Aditya had kept her under 'house arrest' and that when she approached Zarina, she said it’s good that he stays out of the house because of the affair as his abusive nature gets tough for some of their employees at home.

Reacting to the allegations, Aditya had called Kangana 'mad' and stated that he will take legal action against the actress, while Zarina had also refuted her accusations.

Zarina had confirmed few days ago that they had indeed slapped a legal notice on Kangana.

However, they have received unsatisfactory responses from Kangana and her sister Rangoli to the legal notices and have hence decided to file a defamation case on her.

“I am not angry, but I am definitely hurt by Kangana's act,” Aditya confirmed the news to Bombay Times.

He added, “The legal team sent Kangana and her sister Rangoli notices, but their response wasn't up to the mark. We asked them to apologise unconditionally on the same national platforms where Kangana made those derogatory remarks against me. Eventually, her sister and she dragged even my son, daughter and wife into all this. That's the reason Zarina and I decided to file a defamation case against her, which is both civil and criminal."

While Hrithik-Kangana row has been all over the media in the last few days, Aditya clears that his case has got nothing to do with their equation, “My case against Kangana has nothing to do with what is happening between Hrithik and her. Hrithik can deal with his own issues, but I'm clear that I will not keep quiet about whatever is bothering me."

He added, "Cases are fought on merit and evidence. Remarks and statements will not come handy in the court of law, proof will. The onus to prove her merit lies with her. Once the case is up for hearing, we'll know."

Aditya is also least bothered about taking a more 'dignified' approach to the issue, considering the amount of dirty linen being washed in public, as he feels taking the legal route is the only and best option.

“I'm not doing anything undignified. Kangana has no right to talk about my family and me in such a manner. Why should I shut up? If I don't fight for my family, who will?

"If someone makes remarks about my family , should I lock myself up in a room and sit tight? Someone has to put an end to her lies, and the only way to do it is through the law. I don't want to stoop to her level.“

Kangana’s legal team has been prompt with their responses and it’s likely there could be an series of exchanges between the two parties here like during her controversy with Hrithik.