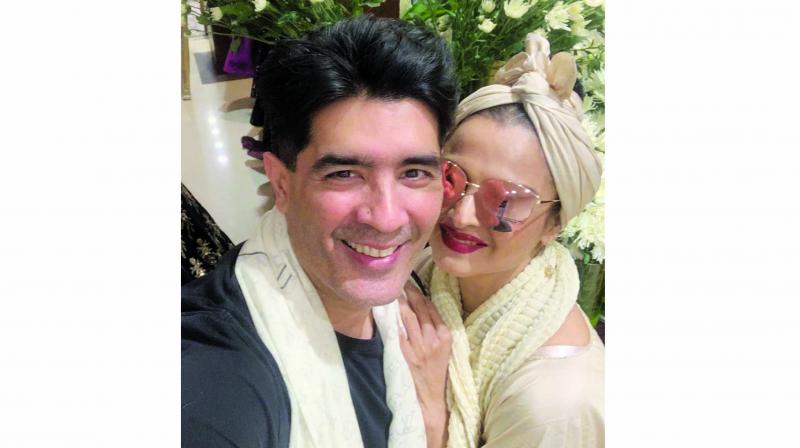 According to an eye witness, the actress left for an event after leaving the designer’s store.

The legendary Rekha was spotted at ace designer Manish Malhotra’s store on Monday. The reason for her visit is unclear, but she came out dressed like a diva for sure.

The actress, who ruled the roost before Sridevi, was dressed in a flowing silk kaftan with a silk accessory adorning her head and an off-white dupatta around her neck. She also had dark sunglasses on, a tactic she often uses when around media personnel.

“Rekha seemed quite pleased to see the media for a change because she knew they would be around. Her girl Friday and manager Farzana Jaffery, who has been with her for many years, accompanied her. It was a business visit and she went off to some event post that,” says an eyewitness.

It is interesting to note that Manish had dressed Kiara Advani and Vijay Deverekonda just a day ago.