The actress, who is currently preparing to shoot for her Telugu movie Saaho, took some time out to train with the badminton star. 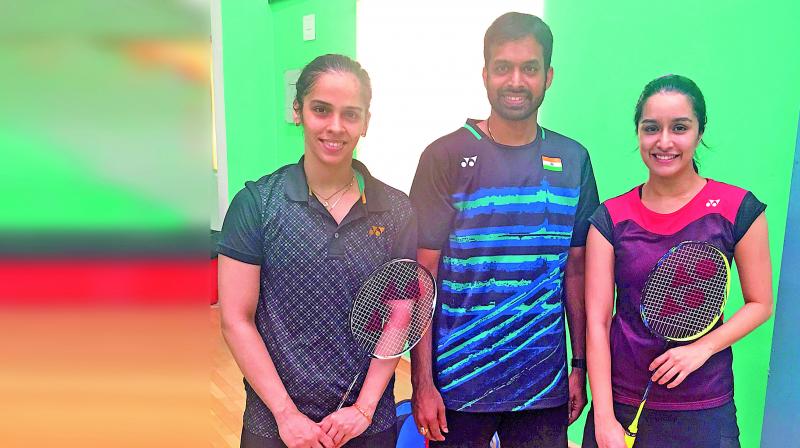 Saina Nehwal with Pullela Gopichand and Shraddha Kapoor in Hyderabad.

Shraddha Kapoor doesn’t believe in wasting time! The 30-year-old actress who is in Hyderabad to prep and shoot for her upcoming movie Saaho, was spotted playing badminton with Saina Nehwal. Both the girls were seen bonding while playing at the Pullela Gopichand Badminton Academy on Friday.

Saina also gave tips to the actress to prepare for the biographical film on the badminton player. She even took to Twitter to share the news, along with a photo which seems to have been clicked post the training session. Saina wrote, “Today’s badminton practice session ... Gopi sir, @ShraddhaKapoor and me.” (sic)

According to a source, “The actress is preparing  to shoot for her Telugu movie Saaho. The shooting begins from next week (Monday), so the actress has arrived early to rehearse the scenes and get her dialogues right. She is currently rehearsing with the assistant directors. She is giving her 100 percent to the movie.”