Entertainment   Bollywood  08 May 2017  Anshula has more fans than I do, says Arjun Kapoor
Entertainment, Bollywood

Anshula has more fans than I do, says Arjun Kapoor

Arjun reveals that Anshula is the go-to girl for everything from his food to medicines. 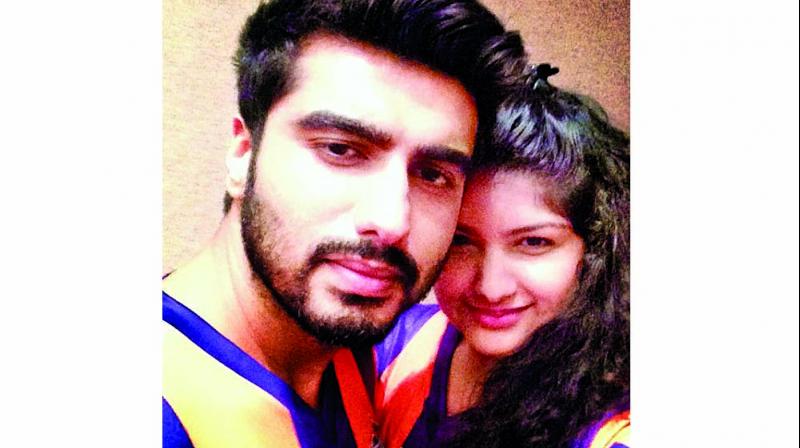 Arjun Kapoor’s Half Girlfriend may be the talk of town right now, but one relation that the young actor cannot stop gushing about is with his sister Anshula Kapoor. The younger of Kapoor siblings has all but given up her own aspirations to ensure the sailing is smooth for Arjun, who, on his part, acknowledges all the sacrifices she is making for him. Says the actor, “I always wanted to take care of Anshula, but I’ve been so busy that she ended up leaving everything  to take care of me.”

Arjun reveals that Anshula is the go-to girl for everything from his food to medicines. “Whenever I need her support emotionally, she’s always by my side. She says that she’s not interested in working any more but I know she’s doing this for my personal and professional well-being,” Arjun says.

Arjun is aware that Anshula would always be the unsung hero working behind the scenes. “Undeniably, she works harder than I do. Every day, she reminds me of even the little things like signing cheques, the clothes to wear on a particular day, and so on.”

Anshula also doubles up as his critic. “She serves me criticism like food,” he smiles. Anshula is always the first to read his scripts, keep an eye on his song and films releases and points out all the good and the bad work that he does. “This helps me remain grounded.”

While Anshula doesn’t expect anything in return, Arjun makes sure to pamper her spontaneously every now and then. “I like gifting her stuff,” says the protective brother who once in a while also bars her from going on holidays. Arjun has fond childhood memories of going on World Tours with their filmi family. “I remember seeing Amitabh Bachchan and Anil (Kapoor) chachu performing at one of these Tours,” he says.

Arjun credits their strong bond to parents Boney, and late Mona Kapoor, saying. “While my father gave me this amazing platform, it’s our mother who taught us great ethical values and inculcated the sacrificing attitude in us.”