Alia Bhatt and Shraddha Kapoor both command an immense fan following on Twitter. 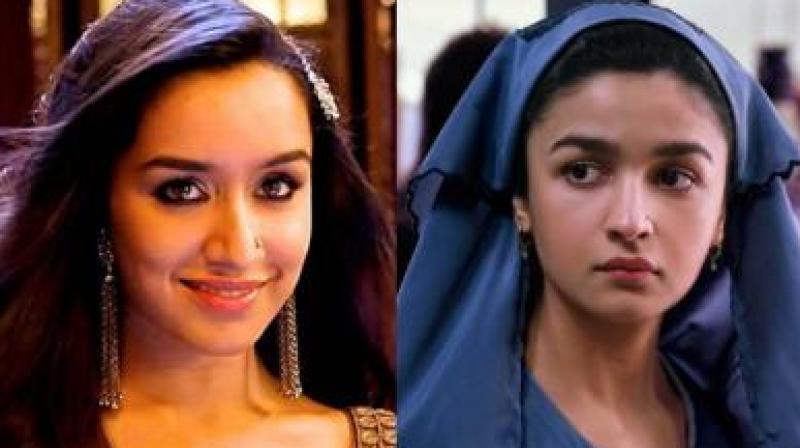 Raazi and Stree have showcased a surprising trend at the box office wherein commercially viable actresses Alia Bhatt and Shraddha Kapoor backed by talented male co-stars Vicky Kaushal and Rajkummar Rao have emerged winners at the cash counters, this called for a debate between fan clubs on social media.

Twitter stood divided on Friday afternoon as fans of Alia Bhatt and Shraddha Kapoor had a face-off on social media. #RaazivsStree became a strong social media trend where fans and followers of both the actresses celebrated the strong box office innings of Raazi and Stree.

While both the films have witnessed similar trends, it is Shraddha Kapoor's Stree that has surpassed the week one collection of Alia Bhatt's Raazi as Stree rakes in 60.39 crores, while Raazi collected 56.59 crores at the box office.

The trailer of Raazi created much intrigue amongst Alia Bhatt fans creating an anticipation amongst fans in the metros, while the mass India popularity of Shraddha Kapoor in B and C centers as well have resulted into the heavy footfalls at the theaters.

Raazi had Alia Bhatt backed by the talented co-star Vicky Kaushal, while Shraddha Kapoor's Stree was supported by Rajkummar Rao. Both Vicky and Rajkummar delivered critically acclaimed performances and garnered much-love from the audiences.

Expressing the victory of content as the successes are banked upon female stars and talented male co-stars as opposed to male stars, social media has witnessed a trend celebrating the two films.

#RAAZIvsSTREE trend on Twitter with tweets flooded by fans celebrating the success of Alia Bhatt's Raazi and Shraddha Kapoor's Stree.

Alia Bhatt and Shraddha Kapoor both command an immense fan following on social media which is now reflected by the trend running on Twitter.